BNS
aA
The European Union (EU) is considering to address the World Trade Organization (WTO) over the Russia's restrictions on imports of agricultural and food products, EU Ambassador to Russia Vygaudas Ušackas said on Thursday. 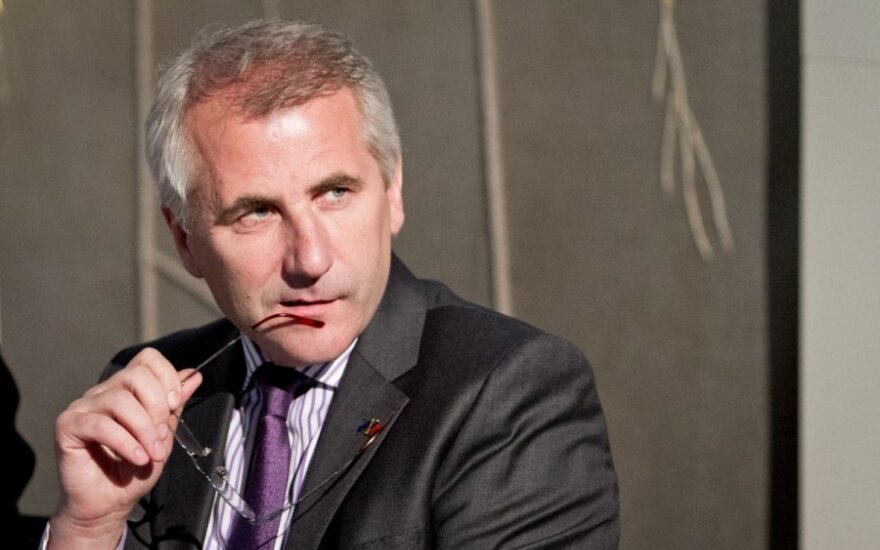 In an interview to BNS, the Lithuanian diplomat stated that Moscow's measures will primarily affect the people of Russia and will undermine confidence in the country as a trade partner. Ušackas, Lithuania's former foreign minister, said the EU-Russian relations are currently at its lowest point ever.

Have Russian officials informed you in more detail about the restrictions on imports of EU agricultural and food products?

I did not speak with Russian officials today, I will do so tomorrow. What we learned we did from the press release and published resolutions, which followed the decree that [Russian] President Vladimir Putin issued yesterday. This is it for now.

Is the EU considering a possibility to turn to the World Trade Organization over the Russian measures?

Yes, without doubt, the possibility is being discussed. We will take legal instruments to defend our producers, as the EU has always done as a civilized organization that respects the superiority of the law, follows and implements international obligations. An analysis is being made before a decision is taken on the legal measures to be applied.

Secondly, the decisions made by the Russian leadership are clearly politically motivated. Thirdly, it is very clear that the sanctions taken by Russia on the EU will first of all punish Russian citizens and consumers, especially since about 40 percent of all food imported in Russia comes from the EU.

This will further undermine confidence in Russia as a reliable trade partner.

Is the damage that the EU may incur in the wake of the restrictions becoming clearer?

The EU last year exported 12 billion euros worth of food products, beverages and tobacco. After Russia specified the products that the sanctions will apply, specific calculations of the possible effects are being made as we speak.

What does the current situation say about the EU-Russian relations? Do you agree that this testifies the start of a new Cold War?

Sanctions are derivative from the key fundamental issue – lack of confidence. Confidence was undermined by the unlawful actions in annexing Crimea and destabilizing Eastern Ukraine.

What is important for us is to see a partner in Russia, which we could work with together to stabilize the situation in Eastern Ukraine and implement the obligations that were discussed during the Geneva meeting and the Berlin meeting to cease hostilities, cease supplies of munitions from Russia to Ukraine, carry out disarmament and that the Russian leadership demonstrated clear political will in urging separatists in Eastern Ukraine to observe ceasefire, disarm and start negotiations under the plan offered by Ukrainian President Petro Poroshenko,

Gitanas Nausėda, advisor to the president of SEB Bank, claims that a slowdown in the Russian economy,...