BNS EN
aA
Lithuania's talks with the European Commission on EU funding for the acquisition of the Klaipėda liquefied natural gas ( LNG) terminal's vessel will depend on whether Latvia and Estonia recognize it as a regional facility, Energy Minister Žygimantas Vaičiūnas said. 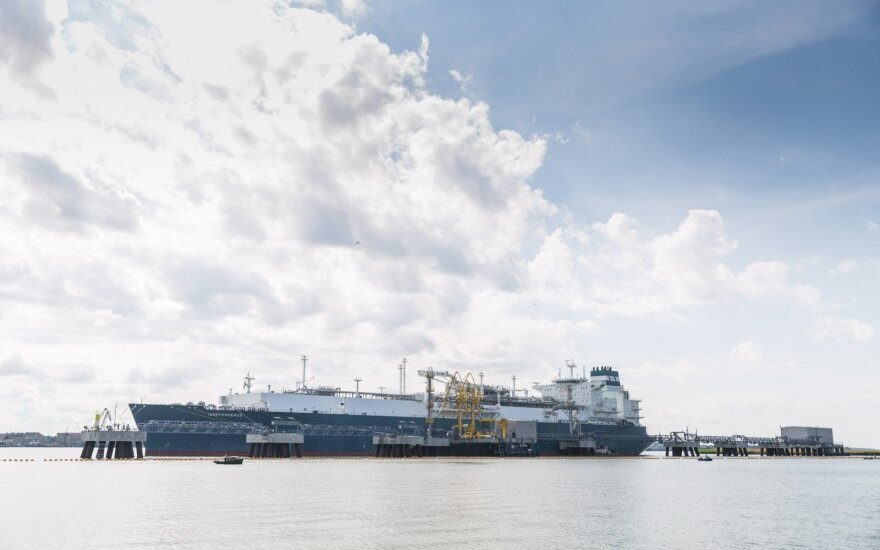 "Naturally, we could expect European support if it were a regional terminal not only de facto, but also de jure. A lot depends on how Latvia and Estonia see the prospects of this terminal, because we are speaking about a conceptually new project as what we have until 2024 is lease and financial support for lease is not possible," he told BNS in an interview.

In Vaiciunas' words, a deal on financial support for the acquisition of the vessel is also linked to the creation of a common gas market of the Baltic countries.

"In addition to talks with the European Commission, we are working on the issue of creating a regional gas market in the Baltic countries and Finland. The prime ministers have signed specific action plans in this regard. The aim is to have a liquid gas market," he said.

Related articles
LNG competence centre to open its doors in Klaipėda
Minister of Energy: paradox but occupation isn't over in energy industry

According to unofficial information available to BNS, Lithuania seeks around 100 million euros in support from the Commission.

Lithuania has failed to reach a deal with Norway's Hoegh LNG, the owner of the Independence, the Klaipeda terminal's floating storage and regasification unit (FSRU), to purchase the vessel before the 10-year lease contract expires in 2024.

LNG competence centre to open its doors in Klaipėda

Opening of the liquefied natural gas (LNG) competence centre in the seaport is a significant event...

Why Lithuanian Energy Ministry should not be closed?

The winner of Parliamentary elections in Lithuania, Peasant and Green s Union, together with their...

Lithuania's LNG terminal in Klaipėda, launched in late 2014, has been a symbol of its aspiration...