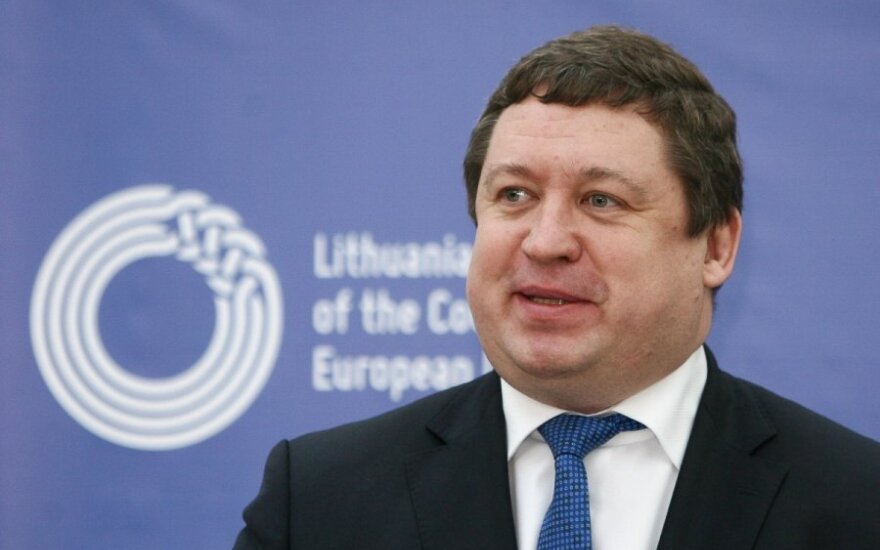 "We reached an agreement on the text today [Thursday]. At the same time, we attempted to include safeguards for the future. The text of the agreement should be formally approved on Monday," Permanent Representative to the EU Raimundas Karoblis told BNS in a telephone interview from Brussels.

The diplomat expressed regret over the postponement of the free trade agreement implementation until 2016, saying this creates a precedent of yielding to Russian pressure and jeopardizes Ukraine's reforms plans.

As Moscow presses Ukraine to revise the agreement, EU ambassadors agreed to "stipulate that any changes of the content of the association agreement are only possible by way of a bilateral consent of the EU or at Ukraine's initiative," said Karoblis.

In the ambassador's words, it was also agreed "to include provisions on continued Ukrainian reforms".

"We wanted to minimize the damages, and we believe a lot has been achieved," said the Lithuanian diplomat.

On 16 September, Ukraine's parliament ratified the historic association agreement with the EU; however, the implementation of the trade part was pushed back until January 2016. Russia maintains the agreement would harm its markets, threatening to take retaliatory steps.

"It is clear that the postponement came in response to Russian pressure, and the Ukrainian side could not resist the pressure. It is a precedent and it is important to make sure that this does not happen again in the future. That is why we aimed to introduce safeguards in the process," the ambassador told BNS.

The European Union 's decision to give Ukraine more time to fully implement a trade pact to assuage...