BNS EN
aA
Estonian Foreign Minister Jurgen Ligi believes that the Baltic countries will soon to finalize the signing of an agreement on a procurement model for the 5-billion-euro European standard-gauge railway project Rail Baltica. 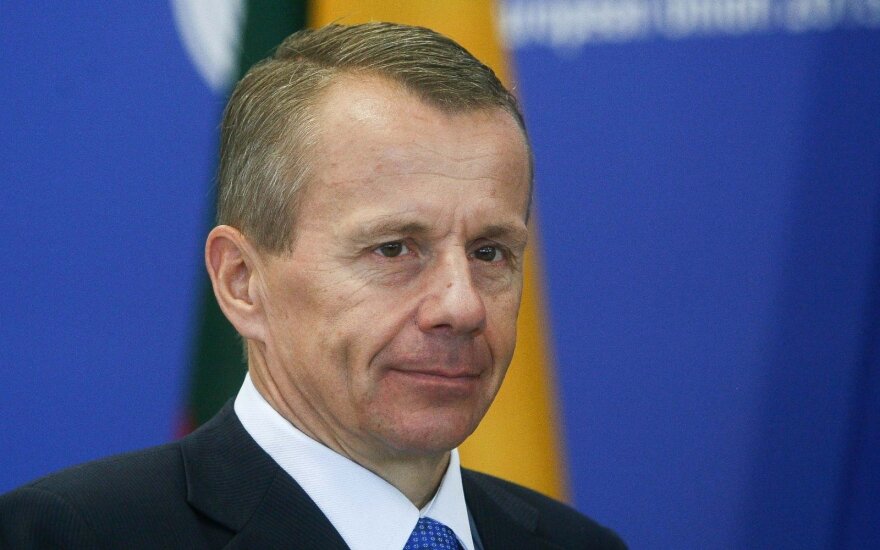 The signing process has not been concluded with one signature still pending -- that from Lietuvos Geležinkeliai (Lithuanian Railways, or LG).

"I think we will overcome the disagreements. We should sign the agreement. There are some technical things and I can't explain why it's taking so much time," Ligi said in Vilnius on Thursday.

LG is the only of the nine parties that has not yet signed the agreement. Nerijus Kaučikas, a spokesman for the Lithuanian Transport Ministry, said on Wednesday that he could not promise that the state railway company would sign the deal, but added that it had not been signed solely due to technical issues.

LG said last week that it did not approve of the agreements on Rail Baltica procurement procedures. LG Deputy CEO Albertas Šimenas then said that the state railway company itself wanted to participate in tenders, but being a shareholder of the Baltic joint venture, it would have no right to do so under the current terms and conditions.

Neither the Transport Ministry nor LG officials would say if Stasys Dailydka, the railway company's CEO, will sign the agreement.

Representatives of the three Baltic countries agreed on the organization of Rail Baltica tenders, an issue that had caused many disputes, in Brussels in early September.

Supervisory Board of Rail Baltica approves its procurement model

The Supervisory Board of the joint venture of three Baltic countries approved the basic principles of...

The 2015 annual report on the Lithuanian state-owned enterprises (SOEs), which contains financial...