Elta EN
Estonian company Baltic Energy Partners has started buying gas from Lithuania, which is a symbolic step, as generally Estonia as a gas consumer depends on Gazprom and never before has gas been bought from Lithuania, Public Broadcasting reports. 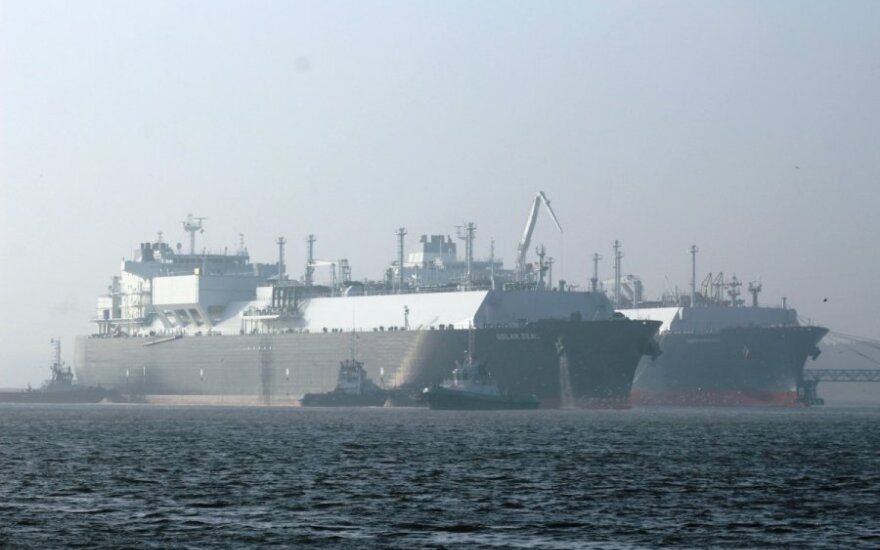 Electricity and gas sales company Baltic Energy Partners confirmed to public television ETV that for now, these are test purchases, in order to understand how the gas trade between Estonia and Lithuania works at all.

So far things have gone well. 100,000 cubic metres of gas have been bought in total since last week and, considering that Estonia's annual consumption is nearly 700 million cubic metres, this is not a big amount.

How important a gas seller Lithuania will be for Estonia depends largely on whether the floating LNG terminal in Klaipėda, that was opened at the end of October, manages to offer price competition to Gazprom.

"We do not yet know if the price will be in the future more favourable or worse. Certainly LNG provides some kind of price cap in this region, but its competitiveness is shown in time, because prices are moving all the time, and depends on the state of the market, whether the LNG is competitive or not," explained Baltic Energy Partners board member Marko Allikson.

Other companies also eye Lithuanian gas. For example public electricity grid Elering, which uses gas in its emergency power stations, confirmed that it welcomes Lithuanian gas providers to its procurements.

The Ministry of Economy said that in relation to the terminal in Klaipėda, the gas connections between countries must improve.

European Commission Vice-President of the Digital Single Market Andrus Ansip said on Friday at a...

If, hypothetically, Russia imposed a gas embargo on Lithuania and the country would have to look for...

Lithuania is already in a position to supply gas to Latvia and Estonia, however, Latvia’s stance,...