Elta EN
aA
The European Commission recommends Estonia, Latvia, Lithuania and Finland to start preparing for an emergency situation immediately since if Russian gas taps were turned off, Estonia, for example, would run out of gas in 4-5 days, Eesti Paevaleht writes. 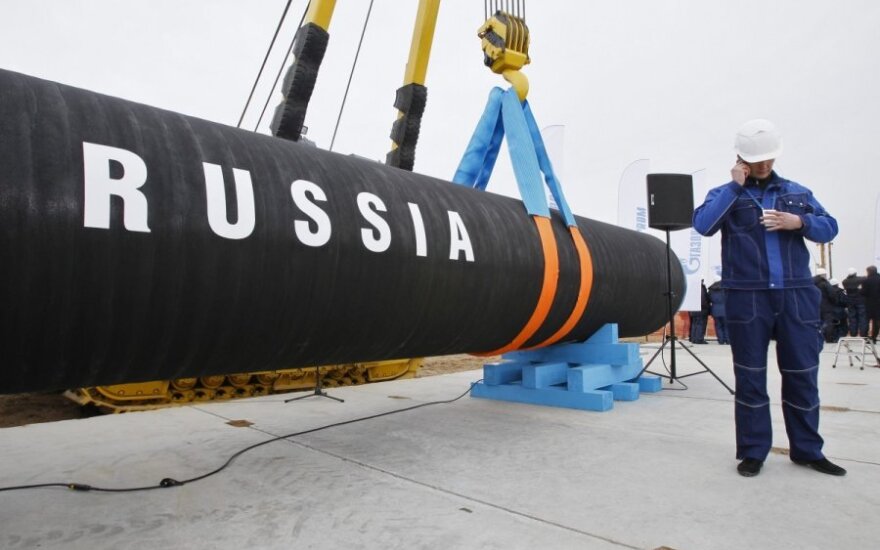 The June European heads of state and government meeting gave the European Commission the task of organizing the so-called stress tests of gas, and compiling an analysis of what would happen in different member states if Russia turned off gas taps.

Such an analysis was undertaken both because of the ongoing gas dispute between Ukraine and Russia, as well as the cooling of relations between the EU and Moscow.

How the gas supply interruption would affect Estonia, was analysed regionally, i.e. together with Latvia, Lithuania and Finland. The analysis notes first that the share of gas in the energy consumption of the four states varies: in Estonia and Finland, it amounts to 10 percent, but in Lithuania and Latvia, to 36 percent and 30 percent respectively.

In case of a severe disruption of Russian gas deliveries, the region may experience serious adverse effects. Even in case of a one-month disruption of Russian gas supplies, Estonian and Lithuanian consumers would encounter gas shortage. Due to there being no LNG terminal, the Estonian situation would be even more dramatic since the whole system would run out of gas in four to five days.

Economy and Communications Ministry Energy Department Head Timo Tatar said, commenting upon the fresh European Commission gas market stress test, that long-term solutions to the problems of the Estonian gas market include diversifying the sources of supply and launching a market that is open to competition, Postimes Online reports.

"Estonia has worked on these issues over several years - whether it is including the requirement of differentiating the ownership of natural gas system manager in the natural gas law, or efforts to find fast solutions for moving forward with the regional LNG terminal and Balticconnector projects," added Tatar. "The only long-term solution is to diversify the sources of supply and launching a gas market open for competition. This can be guaranteed in the region only by a package of measures that includes a regional LNG terminal (some relief is offered here already by the Klaipėda LNG terminal built by Lithuania), connection with the Central Europe (Lithuania-Poland gas connection GIPL), and joining fragmented country-specific gas markets into a common market region, the most important link of which is the Estonian-Finland gas connection Balticconnector."

If gas supplies from Russia to Lithuania, Latvia and Estonia were to be disrupted, the...

Russia threatens EU with gas cuts for re-exporting to Ukraine

The end of summer will elicit concerns among many EU states regarding the stability of the Russian...

As the winter approaches and gas consumption is set to rise, several EU countries - Poland , Slovakia...