(1)
BNS
aA
Amid the European Commission's (EC) analysis whether the Lithuanian Law on the Protection of Minors against the Detrimental Effect of Public Information is in line with the European Union (EU) law, a group of MEPs on Thursday criticized the Baltic state for the continuing discrimination of LGBTI people. 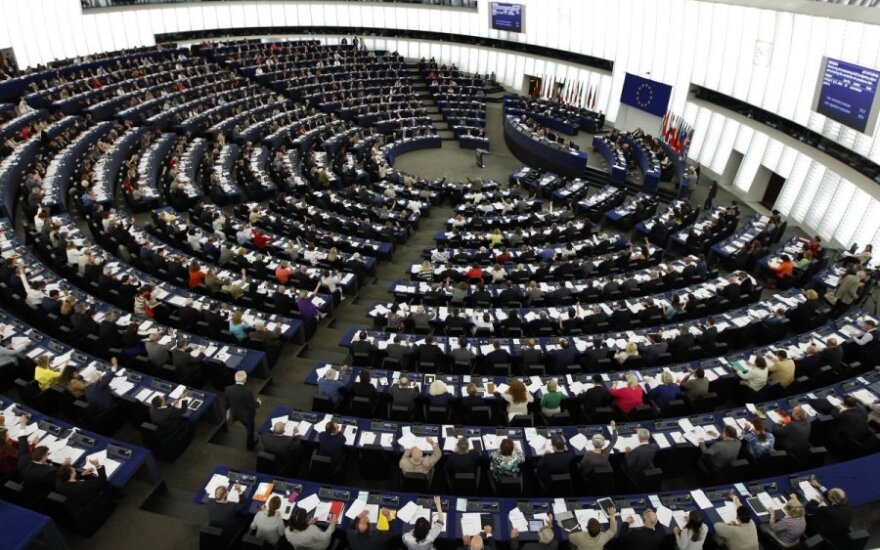 "I think we have to be active here on European level, because citizens' rights in Lithuania are infringed. (...) LGBTI people with the measures taken by the government and the parliament with the law are pushed back to the closet. They have to be afraid that their public actions holding hand in the street or placing a photo on their Facebook site might even end up in prison. This should not be the case in a country of the European Union," European Parliament Vice-President Ulrike Lunacek of Austria, a member of the European Greens–European Free Alliance Group, said at a meeting of the Committee on Civil Liberties, Justice and Home Affairs on Thursday.

She noted the decision made by Lithuania's Office of the Journalists Ethics Inspector last May, which found the collection of fairy-tales Amber Heart, which contained stories about same-sex couples, was violating traditional family values. Lunacek also mentioned the negative conclusion handed down by the inspectorate in connection to a video advertisement of the LGBTI social campaign CHANGE, which pictured relations between persons of the same sex. After the decision, the country's national broadcaster refused to air the ads.

Meanwhile, the committee's member Valdemar Tomaševski of Lithuania said it made no sense to criticize Lithuania for raising its children in line with Christian values.

"I represent Lithuania as a member of parliament. The parliamentarians said a lot about values. The founder of the European Union said that EU democracy will either be Christian or non-existent. Everybody should keep that in mind. Criticizing Lithuania or any other country for supporting and protecting the education of its children by Christian values and the best European traditions is pointless," said Tomaševski, a member of the European Conservatives and Reformists.

In sign of indignation with his response, another member of the committee, Sophia In't Veld of the Alliance of Liberals and Democrats for Europe, stated: "Somebody should explain to the honourable colleague that in Europe there is a space for everybody including those who are not catholics. And including people who have different notions of family."

"I think it is up for everybody to determine themselves what family is. There are plenty of people in Europe who do not want to be raised according to your values (...). The European Union is founded on the values of respect for human dignity, freedom, democracy, equality, the rule of law and respect for human rights. These values are common to the member-states and the society, in which pluralism, non-discrimination, tolerance, justice, solidarity and equality between women and men prevail. That's what your country signed up too as well," In't Veld said at the meeting.

The Lithuanian Law on the Protection of Minors against the Detrimental Effect of Public Information classifies any information which "denigrates family values" or "encourages a concept of marriage and family other than the one stipulated in the Constitution" as detrimental to children.