BNS
aA
Speaker of the Lithuanian Seimas Viktoras Pranckietis is convinced that the opposition-initiated interpellation against Environment Minister Kęstutis Navickas will fail. 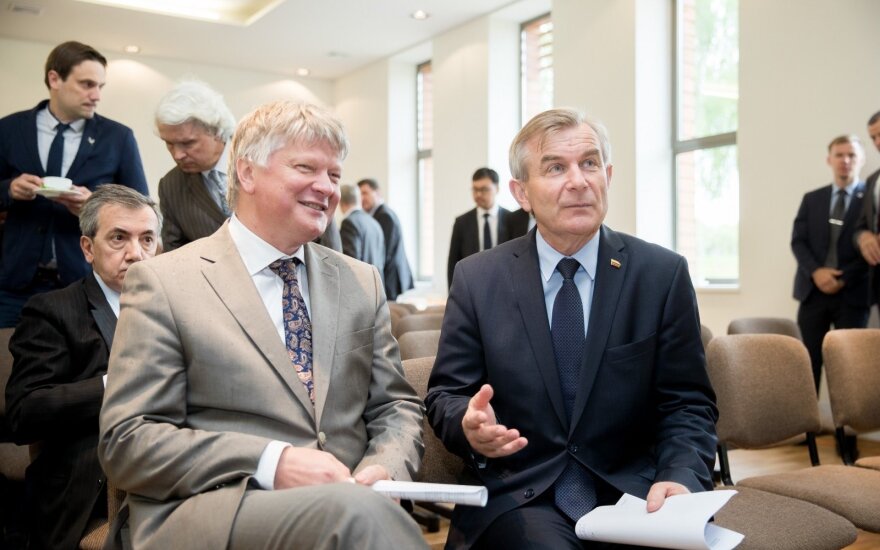 Upon receipt of the interpellation text, signed by 34 lawmakers, Pranckietis underlined that "it's a normal process and Seimas members have the right for an interpellation".

Asked whether he himself could reproach the environment minister, the parliamentary speaker said questions have been asked and must be answered by "in general, he works well".

Meanwhile, Juozas Olekas, elder of the opposition Social Democratic Party of Lithuania's political group in the Seimas, which initiated the interpellation, is of a different opinion.

"I think is realistic that it will be more than 71 votes. The area where there are failing are very wide and it was difficult to cover them all but people have been raising new and new issues," he told journalists.

"We say that the minister should be dismissed due to alleged protection of his former employer, inability to resolve waste and packaging management problems and failure to prepare for and implement the forest reform," Olekas said earlier.

Upon receipt of an interpellation, a Cabinet member must provide answers no later than over the next two weeks, which will be later discussed by the parliament and followed by a vote. If there's a proposal to reject the minister's answers and there's a motion of no-confidence against him, at least 71 lawmakers must back it for the proposal to be go through.

The interpellation text included questions on the control of waste management, tenders won by the minister's former employer Baltijos Aplinkos Forumas and wages at forestries following their reform.

The parliamentary opposition in Lithuania has collected signatures backing an interpellation against...

Everyone can contribute to elimination of consequences of global warming, however, Lithuania will also...

Environmin tells parlt he distanced himself from former workplace

Lithuania's Environment Minister Kęstutis Navickas claims to have distanced himself from any...