Environmin tells parlt he distanced himself from former workplace 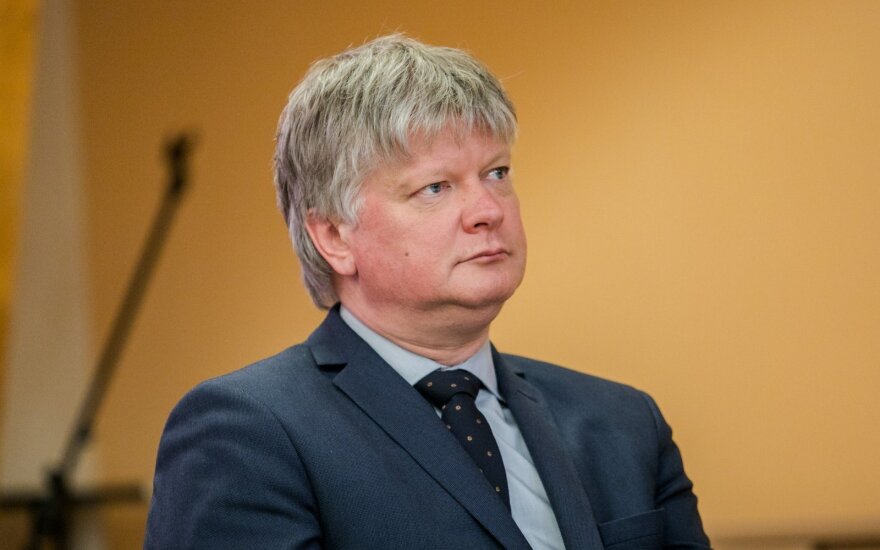 "(…) The regular tendentious public statements about alleged protection of my former workplace are unfounded and do not match the reality. As minister of environment, I have distanced myself from the preparation or adoption of any decisions directly or indirectly related to the former workplace, the nongovernmental organization Baltijos Aplinkos Forumas," the minister said in his response to a parliamentary interpellation against him on Monday.

According to the minister, the BAF 2016-2023 project, worth over 4 million euros, on the protection of the vanishing species, the Acrocephalus paludicola, is being funded by the European Commission, following decisions on its selection and financing.

The EC covers up to 60 percent of funds as part of the so-called LIFE projects.

Navickas also noted that existing laws do not foresee restrictions for an organization if its former employees decided to engage in politics.

The minister also rejected the opposition's interpellation questions reproaching him over alleged insufficient waste management control and its potential damage.

"The fact that the measures I proposed and implemented were effective is reflected in the amount of revenue received by the waste management program from taxes paid for environment pollution with product or packaging waste. This special program used to receive around 2 million euros from these taxes since 2014 and the amount grew to 3.3 million euros last year and is estimated to reach 11.2 million euro this year," Navickas said in his response.

The opposition also asked the minister about Lietuvos Energija's planned construction of a waste incinerator in Vilnius and reminded of the fact that Prime Minister Saulius Skvernelis and the minister himself criticized the project before the last general election but the government once again recognized it as a project of economic importance to the state in 2017 and allocated a large amount of EU funds. And now the prime minister once again criticizes the project, calling it non-transparent and inappropriate.

Navickas said the decision to build cogeneration plants in Vilnius and Kaunas, Lithuanian second-largest city, and name them as having considerable significance to the state were made before he became environment minister, i.e., by the Algirdas Butkevičius government. Taking into consideration his predecessors' decision, he had no legal basis not to approve the allocation of EU cohesion funds.

In early June, the opposition collected 34 signatures to launch an interpellation against Navickas. To remove the minister, at least 71 out of 141 lawmakers have to vote against the minister's response to the interpellation.

Speaker of the Lithuanian Seimas Viktoras Pranckietis is convinced that the opposition-initiated...

The parliamentary opposition in Lithuania has collected signatures backing an interpellation against...

Everyone can contribute to elimination of consequences of global warming, however, Lithuania will also...