BNS
aA
After the Foreign Ministry recommended that the Lithuanian Energy Institute (LEI) review its position on providing advice to Belarus on nuclear safety issues, the institute is considering withdrawing from the program, a step that would be welcomed by Minsk, which does not like Lithuania's position of the Astravyets project. 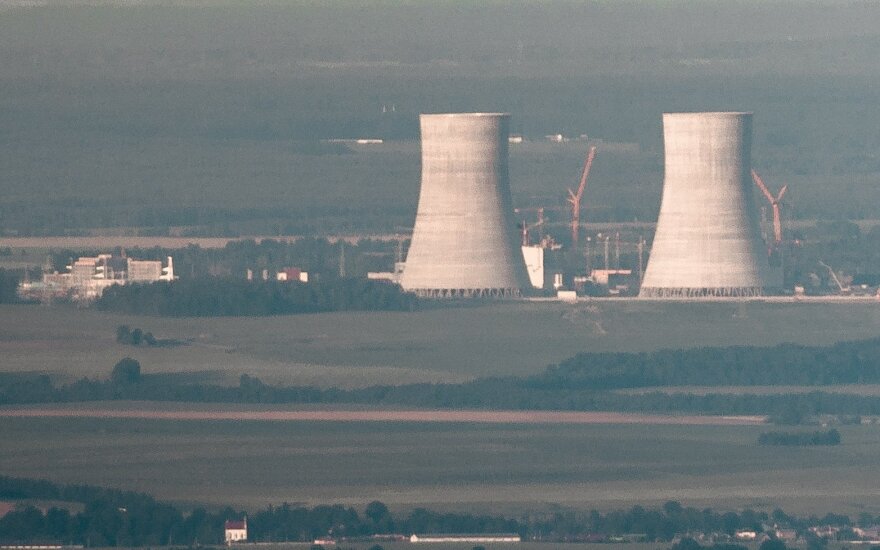 LEI Director Sigitas Rimkevičius confirmed to BNS that the institute was considering pulling out, but said that no decision had been taken yet.

"There is a contract with the European Commission and there are project obligations. We are thinking about initiating our withdrawal from the project, but we can't say 'we terminate our obligations and you just proceed as you like. These are competitive projects and a team is built, so these processes need to be coordinated," the director told BNS.

According to Rimkevičius, Belarus does not want the LEI to continue advising its specialists on nuclear safety either.

"Efforts to make us leave the project were initiated from Belarus' side last week, even before that uproar had started. One might wonder whether it was a coincidence in time," the director said.

"Belarusians are telling the European Commission that Lithuanians stick to a hard-line position and we won't provide documentation until you remove the Lithuanians from the team," he said.

Rimkevicius added that the LEI would decide on whether to withdraw from the project after consultations with the ministries for foreign affairs and education and science.

The Foreign Ministry said last Friday that the LEI had to review its position on its scientists' participation in the project.

Rimkevičius said that the institute would earn some 100,000 euros from the project, which is financed under the European Commission's Instrument for Nuclear Safety Cooperation and is estimated to cost about 3.5 million euros.

The Lithuanian government endorsed on Wednesday an action plan for blocking electricity imports from...

Lithuania and the foreign policy: what to do when you are on the bench?

Parties to the UN Aarhus Convention acknowledged during their meeting in Montenegro on Thursday that...

What are the dangers of Astravyets Nuclear Power Plant to Lithuania?

Lithuania is stepping up its opposition to the nuclear power plant that Belarus is building in...

In a reversal of its earlier position that Lithuania benefits from its scientists providing advice to...