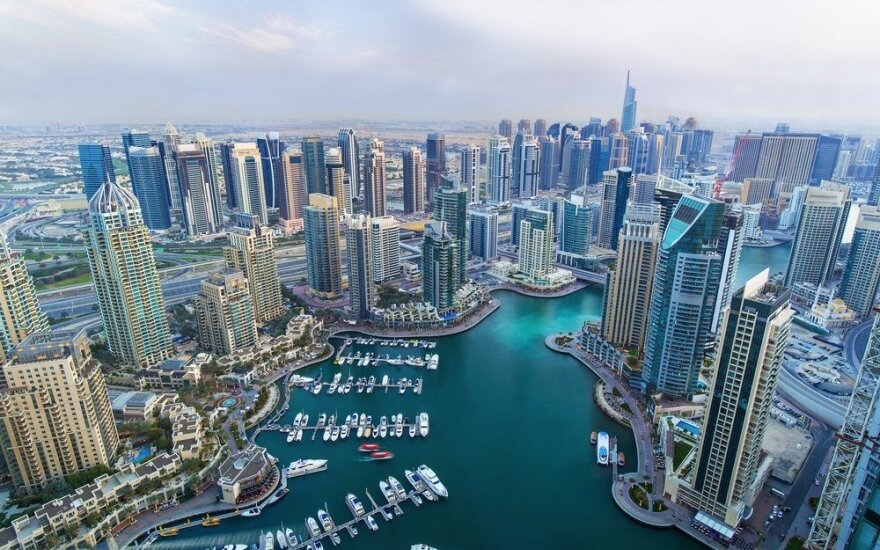 In Abu Dhabi, L. Linkevičius met with his counterpart, the Minister of Foreign Affairs and International Cooperation of the United Arab Emirates Sheikh Abdullah bin Zayed Al Nahyan. The meeting focused on issues related to regional security, counter-terrorism, and the situation in the Middle East. The Foreign Ministers also discussed future prospects for the development of bilateral relations, strengthening economic and cultural cooperation, Lithuania’s participation in the Expo 2020 Dubai, and cooperation within international organizations. The interlocutors also highlighted the importance of strengthening economic relations between Lithuania and the UAE, tapping into the potential of the partnership in the fields of investment, science and education, innovation, transport, tourism, etc.

Related articles
Ambassador: US hopes to supply gas to Belarus via Lithuania
US Senate confirms Gilchrist as new ambassador to Lithuania

Lithuania’s Foreign Minister together with Zaki Anwar Nusseibeh, Minister of State in the United Arab Emirates Government charged with Public and Cultural Diplomacy, officially opened the Embassy of Lithuania in the UAE.

“The opening of the embassy is an important step towards the development of relations between Lithuania and the United Arab Emirates that marks a new stage in the relationship. We have just taken our agricultural products to the UAE market. However, the UAE is interested not only in traditional businesses, but also in our start-ups, renewable energy and other technology. I believe that the UAE will be the gateway to other markets in the Middle East and North Africa. There is no doubt that the activities of the embassy will significantly contribute to the excellent relationship between Lithuania and the UAE, not only in the economic but also in other fields", said L. Linkevičius, who welcomed the visitors of the solemn event.

Members of the UAE government, entrepreneurs, representatives of foreign missions, public figures, and members of the Lithuanian community attended the opening ceremony.

Lithuania and the UAE established their diplomatic relations on 16 October 1992.

US Senate confirms Gilchrist as new ambassador to Lithuania

The Senate of the United States has approved the appointment of Robert Gilchrist as the new...