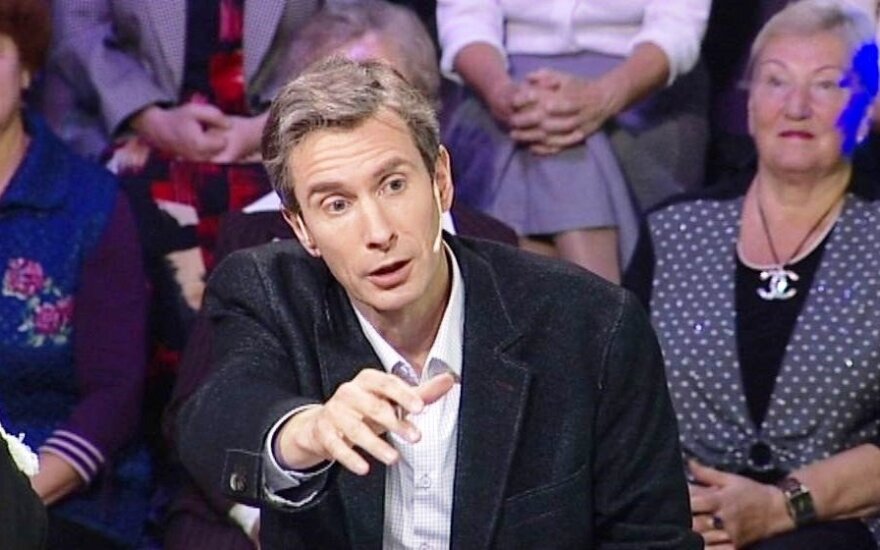 With the first round of Seimas elections concluded, two candidates are facing off in Naujoji Vilnia. This showdown has been joined by famous economists, politicians and other public figures.

Algirdas Paleckis of the non-parliamentary Socialist People’s Front is running as a candidate in this single-mandate district. His rival – Monika Navickienė of the Homeland Union – Lithuanian Christian Democrats (TS-LKD). Paleckis took a slight lead in the first round, earning 23.94% of the district vote, while Navickienė earned 23.85%. The two candidates were separated by 14 votes.

Political entities make no effort to conceal their support for the TS-LKD candidate, striving to ensure that Paleckis, infamous for his narrative of “friendly fire” in the events of the independence movement and his presence in State Security Department (VSD) reports, would fail to enter Seimas.

Public figure Haroldas Mackevičius addressed the public, urging them to vote on October 23.
“Dear neighbours in the Filaretai county and Naujoji Vilnia district. I remind you that we all have to go to the election on October 23. No weekends at home or European capitals, no running training, jeep trips, choir rehearsals, Italian language courses or elk hunts. I will be standing at the Filaretai Primary School from seven in the morning and will mark attendance,” H. Mackevičius wrote on his Facebook profile.

Economist Gitanas Nausėda spoke up about the situation on Facebook as well, writing that “Well ok, it is time to admit that I have helped the People’s Front in the past. Perhaps now, after an entire seven years, Algirdas Paleckis decided to run for Seimas specifically in the Naujoji Vilnia district, intending to represent my interests in the Seimas? I am flattered, but there was no need, Algirdas. You could have spoken to me, I could have directed you to, for example, the Astravyets district, closer to the nuclear power plant…”

Liberal Movement chairman and Vilnius mayor Remigijus Šimašius also joined in, writing that “I will be supporting someone other than a Liberal this time. Because the matter is very important, more important than any party. <…> I invite not only Liberal representatives, but also those of other parties – “Peasants”, Social Democrats, even Order and Justice, LLRA, Labour and others’ to cross party boundaries and support Lithuania. Where we can for Liberals, but in Naujoji Vilnia – for Monika [Navickienė]!”

Alfa.lt reminds that A. Paleckis has been tried for denying and coarsely belittling the fact of USSR aggression against the Republic of Lithuania in 1991, the very serious and serious Soviet crimes against the Lithuanian citizens and for insulting the memory and relatives of those who died or were maimed in the struggle for Lithuanian independence. A. Paleckis was prosecuted for alegations in the media that on January 13, 1991 it was “friendly fire” [that caused casualties].

On Monday the Central Electoral Commission (VRK) ruled that by providing free legal counsel, the Seimas candidate was bribing voters. VRK data reveals that in Naujoji Vilnia, where the politician is seeking election, had posters inviting to free legal counsel. On them it was indicated that this is political advertising for A. Paleckis.

Social Democrat MP Birutė Vėsaitė has shocked the prime minister and her party colleagues by...

With less than two weeks remaining to the second round of Seimas elections , a number of candidates...