DELFI
aA
With the elections less than two weeks away the Lithuanian Free Market Institute looks at some of the key points of the Homeland Union – Lithuanian Christian Democrat (TS-LKD) electoral programme and their significance. 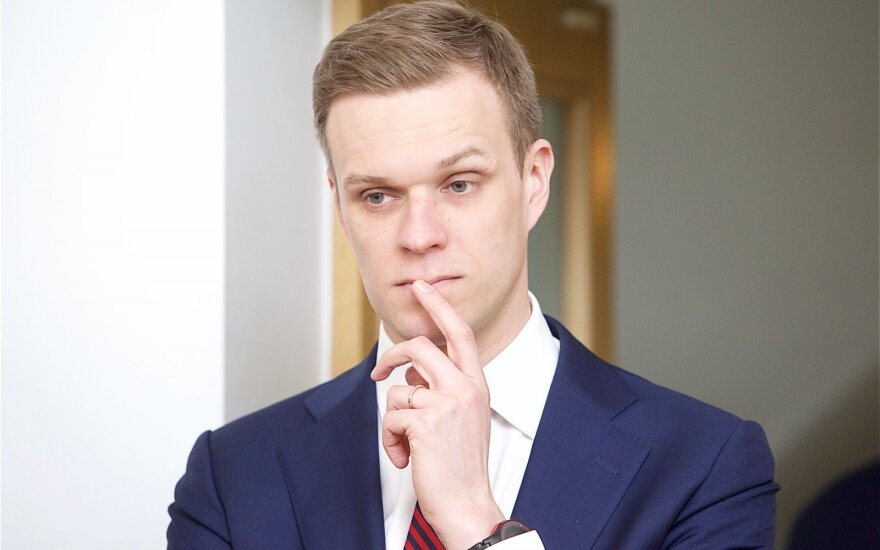 Reduced taxes for the employed

• Increase to the tax-free income size of working parents

• High income earners social security payments are to be capped. Increasing the tax-free income size is a more effective solution than increasing minimal monthly wage as minimal wage increases get chipped away by taxation.

Setting a cap to social security payments will reduce the gap between how much an individual contributes to the state system and how much they get from it, increasing the fairness of the tax system. Under the current system someone earning €1600 would pay six times more to social security than someone earning minimum wage over a career spanning 40 years. The high income earner‘s pension would, however, only be 2.5 times greater.

Related articles
ELECTIONS. Debate on demography: a victory for the Conservatives
ELECTIONS. G.Landsbergis about his party and shortcomings of the Government

Taxes are to be combined into one bundle, rather than each separate one being handled on its own

Currently taxation is split into the employee’s taxes and the employer’s taxes and the system itself is confusing. The TS-LKD is correct in its stance that combining taxes will “tangibly improve conditions for employers to raise wages, reduce the prevalence of undocumented wages and other forms of tax evasion.” This would also make the tax system more transparent by showing what and how much tax an individual is paying from their income.

• VAT payments for small companies should be possible on receiving payment for goods or services, rather than on creating a receipt

This would make it easier for businesses to plan financial flows and would simplify bookkeeping for small business. Currently companies have to settle accounts with the tax administrator regarding late payments, regardless whether they have been paid by their client or not. Currently small businesses can opt to pay tax only on receiving income in countries such as the UK (companies with turnovers of up to £1.35 million), Malta or Ireland (companies with turnovers of up to €2 million).

Verdict: working and earning now – a suggestion that ensures more freedom to act.

If larger tax redistribution can be achieved by collecting current taxes more effectively, then this is a goal to support. A risk arises that simply the tax base will be expanded. It is important to note that other EU countries tax social payments, pensions and etc. which somewhat expands the metric. If we take this into account the difference between Estonia and Lithuania vanish in this regard.

Verdict: on the surface looks like a good suggestion, but it could have painful consequences.

Alcohol to be sold only in specialised shops

• New regulations starting from 2018 that only allow alcohol sales in specialised stores
Lithuanian alcohol sales restrictions are already among the strictest in the EU, albeit with limited impact. This will have obvious negative impacts on small businesses as they will not be able to prepare the necessary conditions. This could possibly lead to closures.

Verdict: a ticking bomb which could have unexpected results. Looks good at first glance, but could have painful results and really is a return to a command economy.

Tax on apartments, expenses for citizens

o Return to discussions on it only expected after returning confidence in public administration
Real estate is obtained from funds that have already been taxed, so any further taxation on it is unjust and with it people are encouraged to consume their income rather than save up for real estate. In 2015 the state budget didn’t even earn 1 million euro for “luxury” real estate taxation. The tax could be expanded to encompass all citizens eventually.

Verdict: a ticking bomb which could have unexpected results.

• Missed advertisement revenue to be compensated to media through Healthcare fund
Lithuania has some of the strictest alcohol commercial regulations in the EU. It is dubious whether further bans will have much of the desired outcomes.

Research shows that alcohol commercials direct toward specific types of alcohol, rather than overall encouraging increased alcohol consumption thus such bans are not particularly useful in trying to curb alcohol consumption. Furthermore state compensations to news media could lead to interference in news media activities.

The Conservatives have rightly criticised municipal owned news media for similar reasons and now are proposing a similar system unto national media.

Furthermore this is a questionable step and priority in a context of various other budgetary constraints.

Verdict: a ticking bomb which could have unexpected results. Looks good at first glance, but would have painful results.

Alcohol tariffs in Lithuania are already far larger than the maximum permitted in the EU and were in fact raised by the current Seimas on three occasions. Already tariff goods are the least affordable in the EU. Taxes account to 80% of the price of a cigarette package and 60% of the price of petrol and strong alcoholic beverages. Large taxation raises consumption of black market alternatives.

Verdict: a ticking bomb which could have unexpected results.

ELECTIONS. G.Landsbergis about his party and shortcomings of the Government