LT Daily, Media Briefing
aA
Seimas electoral debates are to go on for four weeks leading up to the October Seimas elections. Politicians are to debate on the topics of economics, demographics, justice and social politics. The debate this time included representatives from the Order and Justice Party (TT), Lithuanian Green Party, Electoral Action of Poles in Lithuania-Christian Families Union (LLRA), Lithuanian Freedom Union (LLS), S. Buškevičius and Nationalists’ Coalition “Against corruption and poverty”. The first topic for debate was economics. 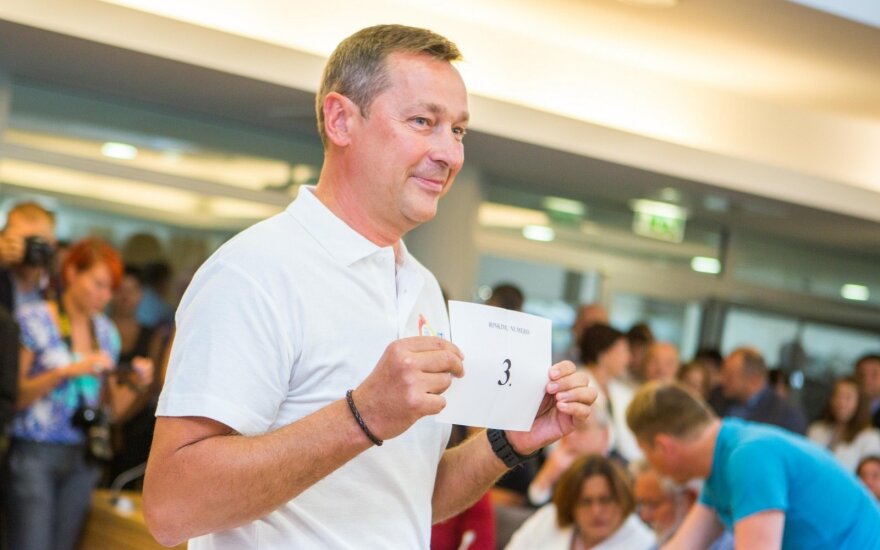 The LLRA representative Z. Jedinskis stressed that there is no need to try and invent the wheel again, that there is a need to focus on improving people’s livelihoods and strengthen the fight against corruption. “Our party is going its own way, we are accepting no financing out of principle. We are the only ones who spoke up against the liberalisation of the labour code and uniformly voted against it in Seimas,” presented the LLRA’s representative. The politician focused on the need to create favourable conditions for business to make a profit and thus contribute to the state budget, as well as create jobs. His second focus was the need to efficiently collect tax and third to correctly distribute tax income and avoid misappropriation. The LLRA expressed a great deal of criticism towards the current coalition government and accused its parties of pandering to large businesses.

One of the LLS’ highlights was their focus on being the first to suggest using gross national happiness, not just economic metrics. The leader of the LLS, Artūras Zuokas noted a number of criteria that need improving in Lithuania. One of the main factors was the need to improve economic indicators and catch up with other states in the region. The politician noted that the heating infrastructure is a core of the state infrastructure and a core branch of state economics “I am unhappy that while we have an opportunity to use less gas, we could have gone with renewable energy, but we use it particularly well.” He was also critical of the results produced by a state project to renew old apartment blocks, noting that this should be dealt with by the Ministry of Energy.

As far as changes to tax and economic policy go, the LLS’ proposals can be seen as focusing on reaching average wages of €1450 and minimum wages of €450, also noting that the expectation is for the tax-free minimum income to reach the minimum wage at a later date. As far as the contentious issue of VAT is concerned, Zuokas stated that there is a need for varied VAT rates, which should invigorate target business sectors. He also noted there’s a need for a 5% VAT rate for goods such as healthy food and public transport as well as reduced VAT for families.

The TT Party, led by Remigijus Žemaitaitis stressed the need for voter turnout, which should be a starting point for welfare. He noted the need for increased domestic consumption and rejected the need for an increased minimal wage, something advocated by many other parties, noting it is no panacea. Žemaitaitis observed that there is a need to review tax policy as the lowest income group pays relatively higher taxes than the highest income group. Furthermore he stated that the key reason for failed tax collection is the complexity of the tax system, particularly for small businesses, which discourages contribution. Finally the TT representative expressed scepticism for a flat decrease of VAT, suggesting a tax exemption on medicine, car purchases and children’s clothing.