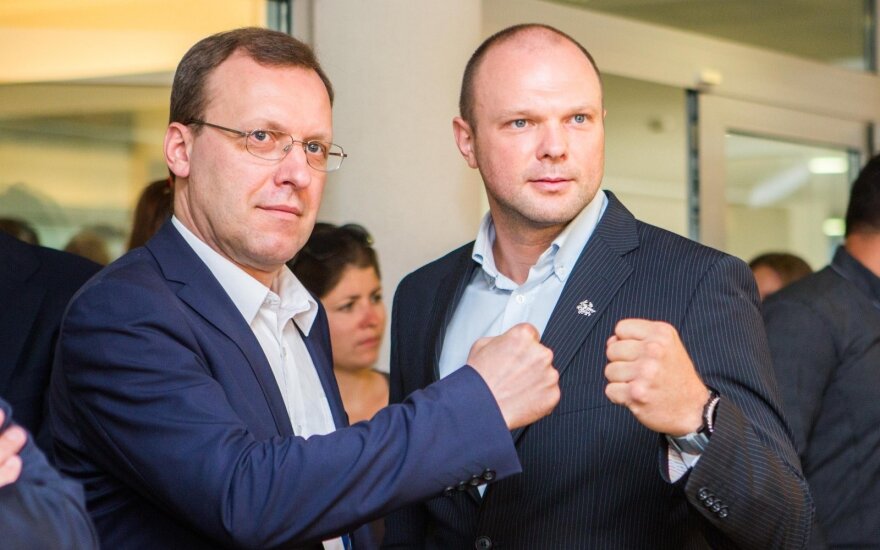 The Anti-Corruption Coalition of Kristupas Krivickas and Naglis Puteikis is accumulating the protest vote in a corruption scandal ridden year. This greatly raises the coalition’s chances of stepping over the 7% vote boundary set for coalitions (as compared to 5% for parties).

“It looks like they will be an expression of the protest vote against systemic parties,” Mažvydas Jastramskis Political Scientist of the Vilnius University Institute of International Relations and Political Science told BNS on Saturday.

As per recent polls, the coalition is slated to receive 4.7% of the vote. Same as all coalitions this bloc needs 7% of the vote to enter Seimas. M. Jastramskis notes that the situation is currently favourable toward them and that it was a good move to put a strong emphasis on the question of corruption, as this year corruption has been one of the key problems in Lithuanian politics. Furthermore Naglis Puteikis, one of the coalition’s leaders has a degree of personal popularity that provides a further boost, Jastramskis notes that the personal charisma demonstrated during the 2014 presidential elections highlighted it.

One of the parties hardest hit by corruption scandals this year is the Liberal Movement. With its then chairman Eligijus Masiulis being accused of taking a €106,000 bribe from the MG Baltic group by law enforcement agencies, it is likely that a portion of the vote going to Krivickas and Puteikis’ coalition stems from the portion of electorate lost by the Liberals, who had been riding a wave of popularity prior to the scandal.

E. Masiulis’ recent statements on television regarding the scandal failed to convince the electorate, perhaps even acting against the party with opinion polls recording the Liberals potentially losing over 3% of the vote as per recent results, going from 5.9% in July to 2.7% in a September poll. While Jastramskis was not convinced by the politician’s arguments either, he notes that if the Liberals fail to enter Seimas, it would be harmful to the democratic quality of the institution with Seimas losing a party with a clear ideological niche. The Liberal’s capacity to mobilize their electorate during the 3 weeks of campaigning remaining and particularly the work done by party members working as mayors will prove decisive now.