BNS
aA
The 45,336 euros in the costs of the training organized by an Institute of Applied Politics owned by Šarūnas Gustainis, former MP and former member of the Liberal Movement, for the party should be recognized as non-monetary contribution, says a task force established by the Lithuanian Central Electoral Commission, saying that parties would otherwise get a green light to conceal some of their financing sources. 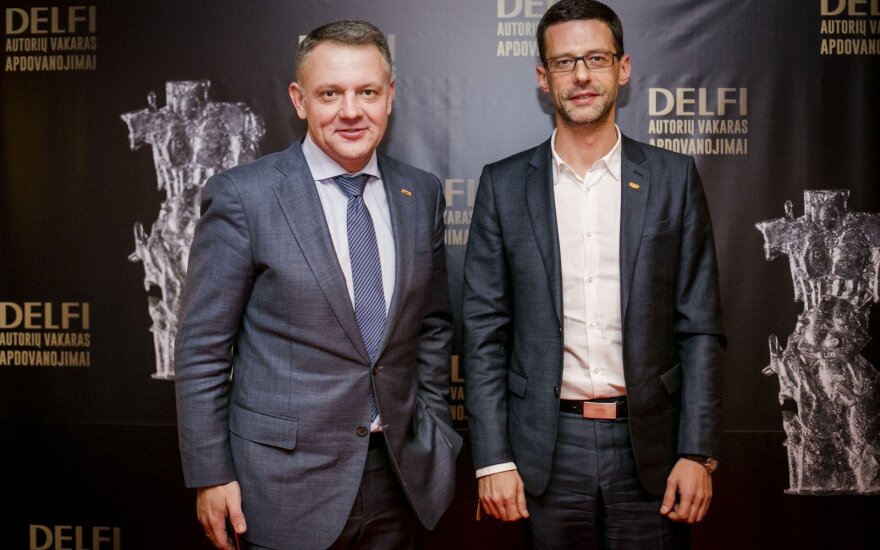 The task force wants the commission to find the Liberal Movement of having violated the law by taking an unacceptable donation during the campaign for the 2016 parliamentary elections, i.e., a contribution from the Institute of Applied Politics, a legal entity.

The ban on donations by legal entities to political parties was banned a few years ago, with only donations from physical entities allowed.

The Liberal Movement and Gustainis, the party's former executive secretary, have given conflicting explanations of the initiator and the objective of the Ready to Win training held on Jan. 16 through April 24 of 2016. In its reply, the party said that the content of the costly training had nothing to do with the party's operations and came as an initiative from Gustainis. Meanwhile, Gustainis said in his response to the election watchdog that he was not linked in any way with the organization and financing of this or other projects of the Institute of Applied Politics he is the founder of.

The VRK task force said in its conclusion that the collected information, including the party's internal communication about the training, topics, content and identity of the training, suggests that the training was no secret to the party's leaders Eligijus Masiulis, Remigijus Šimašius and Eugenijus Gentvilas, as well some of the party's board members who attended the training and some shared their experience as part of the agenda. According to the conclusion, members of the Liberal Movement made the bulk of the Ready to Win participants: 79 of the 87 specified participants had paid the party's membership fee.

The Central Electoral Commission's finding as to accusing the Liberal Movement of gross violation of the law is expected on Thursday.

If the commission decides to support the group's position, the Liberal Movement will risk losing nearly 300,000 euros in a budget grant. Grants from the state budget are the main source of funding of political parties in Lithuania.

The Liberal Movement said on Wednesday that the group's conclusions include "a mix of factual circumstances and interpretations."

A few weeks ago, the Prosecutor General's Office brought political corruption suspicions against two parties, namely, the Liberal Movement and the Labor Party. The prosecutors then also said it had also forwarded the investigation materials about the party's possibly unlawful funding of the 2016 election campaign.

Lithuania's Special Investigation Service suspects that the Liberal Movement may have benefited from the possibly unlawful operations of the party's then leader Eligijus Masiulis who held a parliamentary mandate in 2012-2016 and the party's board member, MP Sarunas Gustainis .

The law-enforcement suspect that the party's former leader Eligijus Masiulis took a bribe of 106,000 euros in cash for the party from MG Baltic vice-president Raimondas Kurlianskis along with bribes in kind. Gustainis is suspected of accepting 8,700 euros in bribe from Kurlianskis disguised as support to a public establishment that organized training for the party's members.

A task force of the Lithuanian Central Electoral Commission (VRK) has proposed finding the Liberal...

The Lithuanian Liberal Movement has decided to end its coalition with the conservative Homeland...

Financial obligations of Lithuania's political parties that ran for the 2016 general elections have...