BNS
aA
Increase of Lithuania's defense budget should be even, says Prime Minister Saulius Skvernelis, adding that other sectors in need of bigger funding should not be forgotten amid discussions about the need to raise it to 2.5 percent of the gross domestic product (GDP). 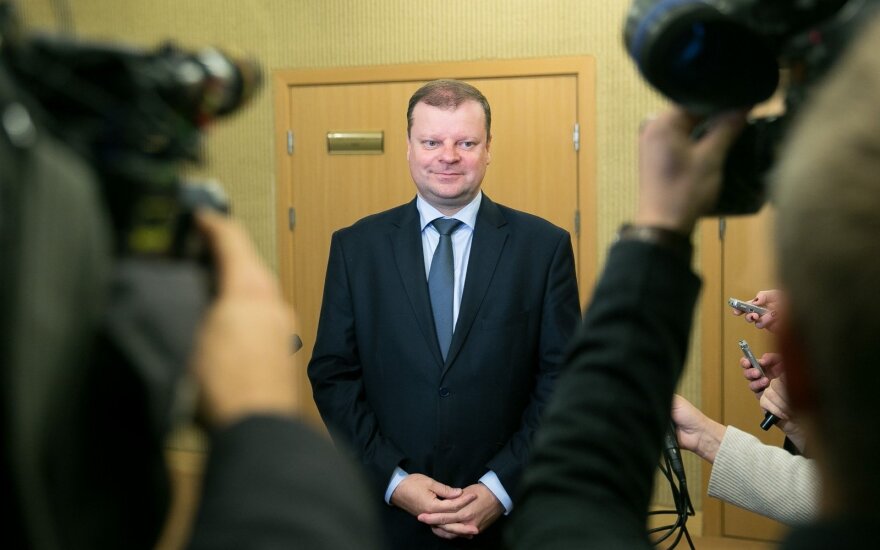 "If the attitude towards the national defense system was fair, we would not be faced with these challenges today and would be talking about even financing of our Armed Forces. The things that have been done in the past three years with enormous injections is a huge burden for the state, however, this was inevitable, we had to do this and we did," Skvernelis told Žinių Radijas news radio on Thursday morning.

"Speaking about the perspective – yes, the system has to be developed evenly, the financing cannot he stopped, however, the 2.5-percent rate is not a goal in itself. We can seek and plan for the future, however, must when this can be done, as we have a number of other very important fields faced with similar problems due to lack of even funding or reduced funding. (…) We have to look at the whole picture today rather than individual fields," he added.

The prime minister said this year's budget was focused on reducing social exclusion, whereas next year the focus would be made on education and interior services.

"Next year will bring different priorities and different proportions. Those who saw a smaller increase this year will have it different next year – I mean education, our security structures, interior affairs and special services," said Skvernelis.

On Wednesday, the government gave a green light to the 2018 budget draft, which has been for the first time planned with a general surplus of public finances.

Implementation of the defense projects planned for 2018 will be short of about 30 million euros,...