(4)
Edward Lucas
aA
The downing of the Malaysian airline MH17 finally turned the world’s eyes to the conflict in Ukraine. The criminal irresponsibility of putting advanced weapons in the hands of ill-trained, trigger-happy insurgents was obvious even to professional foreign-policy analysts. 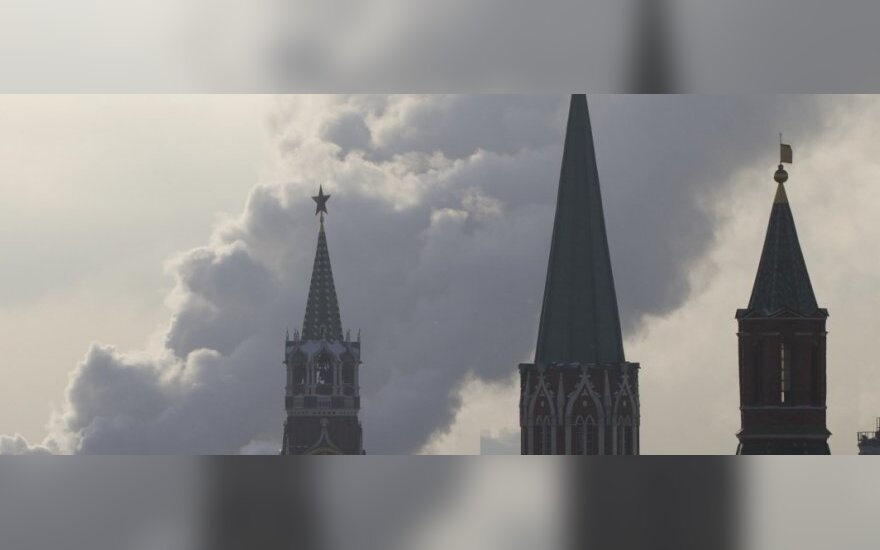 The blizzard of petulant and mendacious Russian propaganda which followed the crash, coupled with the rebels’ loathsome looting, and hindering access to the site, drew thick lines underneath the lesson: that Russia is a menace, not just to its neighbours but to the wider world.

That lesson could have been the start of a course of study. The main curriculum would be European security – Russia’s rocketing defence budget, its flagrant flouting of its neighbours’ airspace, its blatant breach of the INF deal on intermediate-range nuclear weapons. It would also include Russia’s abuse of the international economic system: its rigging of energy markets, its money-laundering in New York, Vienna, and London; its use of trade sanctions against countries such as Poland.

Related articles
US sanctions policy coordinator Daniel Fried: Russia seems to be digging itself deeper in the hole  (3)
Lithuanian foreign minister in Ukraine: Russian convoy is "a provocation"

Outsiders could have taken a supplementary course in Russia’s role in global politics. What is really going on in its burgeoning relationship with China? Russia’s role in succouring the Iranian regime deserves more scrutiny. So does its help for the authoritarian rulers of Ecuador and Venezuela. A historical module on the course could look at the role Russia played in stoking the conflict in Syria: if the Kremlin had pressured on the Assad regime to talk to the moderate opposition, the black-flagged zealots of the Caliphate would never have found their opening. 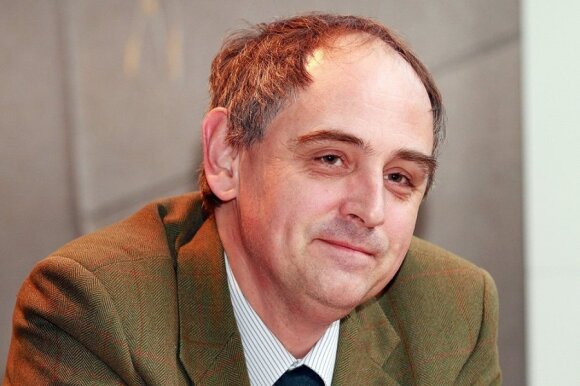 But the summer geopolitics semester never started. The books remained unopened in the library. The students went to the beach, and the teachers stare at empty lecture halls.

As the minds of western policymakers stay closed, their mouths open – but with soothing empty words, not real promises of action. Angela Merkel, the most powerful European leader, went to Riga to express support for the beleaguered Latvians. But instead of throwing her country’s weight behind NATO’s new mission – to ensure the territorial defence of its members – she highlighted the need to avoid a rupture of relations with Russia. NATO will beef up its plans, position some more equipment in its frontline states, and hold more exercises. But it will not take the step that is most needed: putting serious forces, on the ground, in the Baltic states and Poland.

The West has shown some willingness to help Ukraine. America is providing useful intelligence support and advice. It is remarkable that the Ukrainian armed forces, demoralised, ill-equipped, poorly trained and under-paid under the Yanukovych regime, have fared so well. The West provides diplomatic support – rebutting Russian claims that the Kiev authorities are “waging war against their own people”. Fears of a German-brokered backstairs deal with Russia over the heads of the Ukrainians have proved unfounded.

But all that was true before the plane crash. And regaining Ukraine’s east is a battle, not the whole war. Victory, if it comes, will bring a host of new problems, all requiring huge amounts of help, of which so far there is no sign.

The Western alliance does not seem willing so far to draw up a full-scale ‘standing defence plan’. Its plans for Poland and the Baltic states are about reinforcement in the event of a crisis, not real war-fighting. As a new paper by the Finnish military expert Pauli Järvenpää shows with troubling clarity, the threat to north-eastern Europe is real. ‘The Russian military is back, and with a vengeance’ he writes. Russia’s Zapad military exercise last year treated Finland as an adversary. ‘Finland now lives in the worst of all the possible worlds: Russia regards Finland as a threat, yet Finland, being outside of NATO, is not covered by the Article V security guarantee,’ he writes.

Yet Finland epitomises the problem. A large majority of Finns still opposes NATO membership. They are more afraid of the hypothetical (I would say mythical) danger that they will be dragged into fighting America’s wars in faraway places, than they mind about the real danger of a rogue state on the doorstep.

Far from learning lessons from the events of recent months, the West seems to be unlearning the little it knew. In a startlingly silly (and widely praised) piece in Foreign Affairs entitled ‘Why the Ukraine Crisis is the West’s Fault’, the distinguished American international relations theorist John J. Mearsheimer argues that Ukraine is an important ‘buffer state’ for Russia and the West interferes in the region at its peril.

But ‘realism’ means spurning wishful thinking for hard facts. Putin’s speech on March 18 established a new political principle – that Russia has the right to intervene as it sees fit on behalf of the ‘sootechestvenniki’ [compatriots]– a concept which in German would be the sinister Hitlerian ‘Volksgenossen’. Coupled with Putin’s contempt for international law, that is a challenge to the whole post-war European security order. Pretending otherwise is naïve, not realist.

The argument that the West is too weak to constrain Russia is fanciful too. As Anders Aslund, the Washington-based economist, pointed out in a stinging rebuttal to Mr Meersheimer, Russia’s GDP is merely 2.9 % of world economic output, and 6 % of the combined NATO GDP. Moreover, NATO’s defence spending is ten times Russia’s. If the world does not stand up to a regime that carelessly sends airliners tumbling from the sky, it is not because our leaders can’t – but because they don’t want to.

Edward Lucas is a senior editor at The Economist. An expert in energy, intelligence and cyber-security issues, he covered Central and Eastern Europe for more than 20 years.

US sanctions policy coordinator Daniel Fried: Russia seems to be digging itself deeper in the hole (3)

Daniel Fried , coordinator for sanctions policy at the US State Department , says that it will take...

Lithuanian foreign minister in Ukraine: Russian convoy is "a provocation"

The entry of a Russian convoy into the territory of Ukraine is a provocation and a gross violation...

Opinion: Putin grasped the political soul of the West

Only now, after Russian missiles shot down the MH17 flight, does the West seem to experience...

Edward Lucas: Lithuania will suffer most from Moscow’s embargo

Moscow’s sanctions will cause greatest problems to Lithuania, not Poland or other countries. This is...

Zapad 2017 military training to be held in Belarus and Russia this year will be the main...