BNS
aA
Economist Gitanas Nausėda has on Monday announced his decision to run for Lithuanian president. 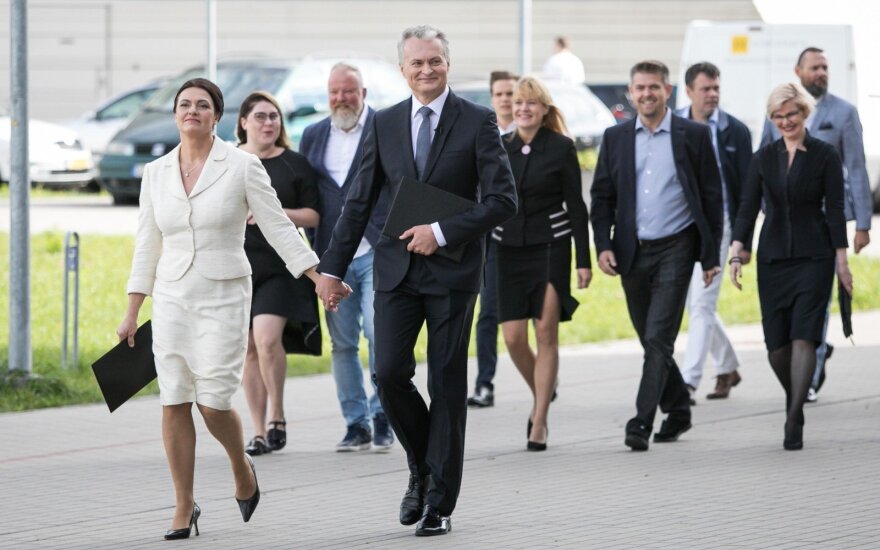 "I have decided to run for president of the Republic of Lithuania in 2019," Nauseda said.

In his speech, he pledged to create a welfare state and seek to unite the society.

"A welfare state is that beacon which must show the way for the tired and lost ship of Lithuania," he said. "There's time to wage war and there's time to live peacefully and work patiently."

In order to create a welfare state, Nausėda pledges to make Lithuania a country of modern technologies, promote small business and civic unity.

"I am a person who has spent almost two decades analyzing global and local economic and political ties, and I know that the latter competences are acquired through consistent, patient and daily work. I am well aware of what is local and global competition," Nausėda said.

Nausėda, 54, worked at SEB bank since 2002 and resigned on Sep. 7. He previously held a high-ranking position at the Bank of Lithuania.

Nausėda has lately been leading in public opinion polls on potential presidential candidates. He needs to make up its mind over the course of this month whether to take part in the presidential primaries of the opposition conservative Homeland Union – Lithuanian Christian Democrats.

The first round of voting in the presidential election will be held on May 12.

Lithuanian President Dalia Grybauskaitė said on Thursday that she will not publicly support any...

Skvernelis back among top 3 potential candidates for Lithuanian presidency - poll

Prime Minister Saulius Skvernelis is back on the list of the top three potential candidates for next...