aA
The European Commission has presented a package of proposals to ensure the Eropean Union's energy security, including a measure allowing the EC to review and block member states' agreements with third-country gas suppliers if they threaten other members' energy security. 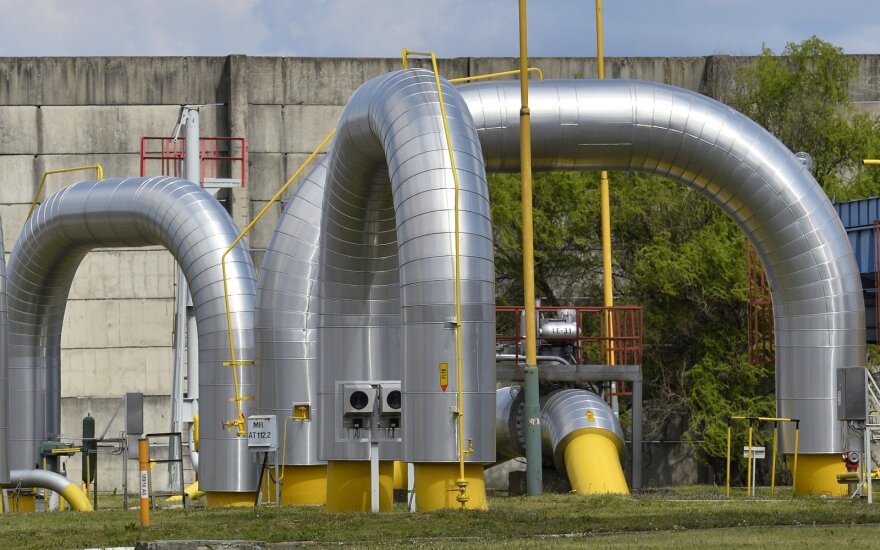 The package, unveiled on Wednesday, is part of the EC's Energy Union strategy, aimed at integrating EU energy markets and helping the Union through a transition to more sustainable energy use.

"The Energy Union Strategy, launched one year ago, promised to provide all Europeans with energy which is secure, sustainable, and competitive. Today’s package focuses on the security of our supply, but touches upon all three overarching goals. By reducing our energy demand, and better managing our supply from external sources we are delivering on our promise and enhancing the stability of Europe’s energy market," said EC Vice-President in charge of Energy Union Maroš Šefčovič.

The Commission's proposal envisages shifting to a more regional approach in buying gas so as to avoid supply disruptions in individual member states.

It has also proposed to tighten-up so-called intergovernmental energy agreements between an EU country and a non-EU country. The new rules will allow the Commission to take action before such agreements are signed if it assesses that such an agreement could affect the security of gas supplies in another EU country or hamper the functioning of the EU’s energy market.

The EC has also suggested building infrastructure to ensure that all members have access to LNG as an alternative to pipeline gas.

Lithuania's Energy Minister Rokas Masiulis has welcomed the proposals, saying that the EC's oversight of gas contracts with third countries is "particularly important for smaller states that have less negotiation power".

"We understand well that we can achieve more by cooperating with out partners. We therefore greet the EC's call for closer regional cooperation and coordination and for obliging countries to work together when assessing risks and drafting crisis management plans for energy security," Masiulis said in a statement, noting that the Baltic states have already signed a joint declaration on gas supply security.

The EU wants to examine the contracts which Gazprom has signed with European companies including...

The Nord Stream 2 gas pipeline to Germany, which Russia plans to build across the Baltic Sea, is...