BNS
aA
The strategic decisions made by the European Council on Wednesday will help to manage the migration crisis, Lithuanian President Dalia Grybauskaitė says. 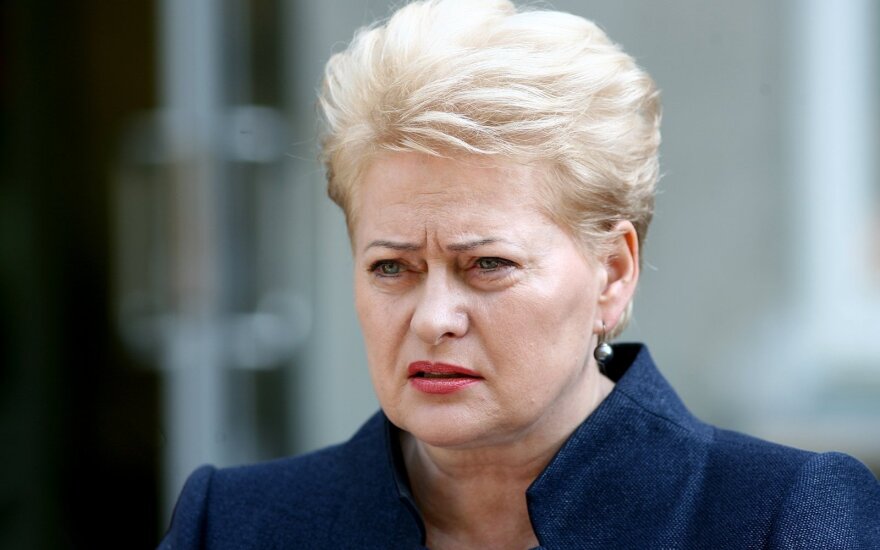 "Europe lacked wisdom, not unity, in handling the migration crisis. After realizing finally, though very belatedly, that the passive sharing of refugees within the EU is not a panacea, we are tackling the migration crisis wisely and at its roots. The decisions taken and the clear directions approved will help fight not only the consequences but also the causes of massive migration and control chaotic migrant flows," the president said.

According to the presidential press service, the package of measures discussed by the European Council, first of all, includes decisions to steadily reinforce the protection of the EU’s external borders and improve the control of refugee flows by expanding the operations of the EU border agency Frontex as well as increasing the capacities of Europol and the European Asylum Support Office.

More active measures will be taken to return illegal migrants to their countries of origin. Each year half a million of illegal aliens are requested to leave the EU but only 40 percent of them are repatriated.

A list of safe countries, i.e. countries where people’s lives are not in danger, will help differentiate war refugees from economic migrants. This list includes Albania, Bosnia, Macedonia, Kosovo, Montenegro, Serbia, and Turkey.

The EU will also step up its diplomatic efforts to settle conflicts in Syria, Iraq and Libya and will provide greater support to UN refugee camps in Jordan, Turkey and Lebanon. This will expand their capacity to accept refugees from Syria.

Funding for the UN World Food Program will be increased to up to one billion euros. Lithuania will also contribute together with other countries on the basis of solidarity.