Early voting starts in 2nd round of Seimas elections

BNS EN
aA
Early voting is starting on Wednesday in municipalities and special post offices in the 2nd round of parliamentary elections of Lithuania, with two candidates competing in 68 single-member districts after securing the highest number of votes in the 1st round. Three new MPs were elected in the 1st round. 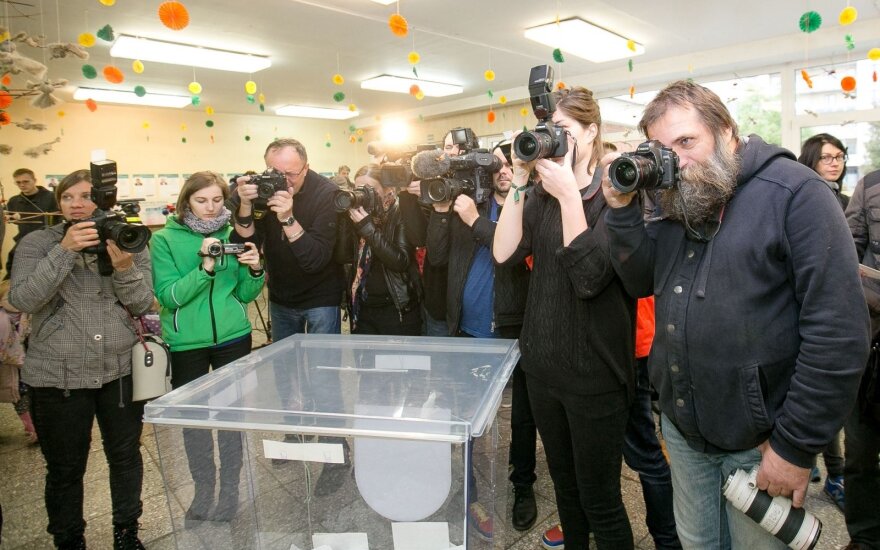 Early voting is held in municipalities between 8 a.m. and 8 p.m. on Wednesday and Thursday. Advance voting provides an opportunity for voters who cannot come to their polling station on the election day, October 9.

People who are in hospitals, social care and welfare institutions, performing their military service and held in prisons can vote by mail in special post offices during their open hours on Wednesday, Thursday and Friday.

This week, voters with disabilities, temporarily unable to come to polling stations due to illness or over the age of 70 will be able to vote at home on Friday and Saturday.

Related articles
ELECTIONS. Fiercest 2nd round showdowns: expert predictions
After ELECTIONS – Field expected to get the most attention. Analysis.

On the election day on October 23, voting in polling stations will start at 7 a.m. and close at 8 p.m.

The conservative Homeland Union – Lithuanian Christian Democrats has the largest number of candidates (42) in the 2nd round, just ahead of the Lithuanian Peasant and Green Union with 40 candidates.

The Social Democrats have 21 candidates in the 2 nd round, while the Liberal Movement has 12, the Labour Party has five and the Order and Justice party has four. Five independent candidates also qualified for the 2nd round of voting.

The Electoral Action of Poles in Lithuania – Union of Christian Families has two candidates, while the Lithuanian Freedom Union, the List of Lithuania, the Lithuanian Green Party and the Anti-Corruption Coalition of Naglis Puteikis and Kristupas Krivickas each have one candidate in the 2nd round.

The first round of Seimas elections in the single-mandate electoral districts only elected three...

After ELECTIONS – Field expected to get the most attention. Analysis.

There has been much talk about how Lithuania can expect change following the recent Seimas election ....

Early voter turnout in 2nd round of Seimas election at nearly 69,000

Some 68,695 voters have cast their ballots in two days of early voting in the 2nd round of Lithuania's...

A three-party coalition should be set up after the parliamentary elections, says Gabrielius...