BNS
aA
Early voting in Lithuania's presidential runoff and European Parliament elections continues in municipal buildings and special post offices across the country and starts at Lithuania's embassies on Thursday. 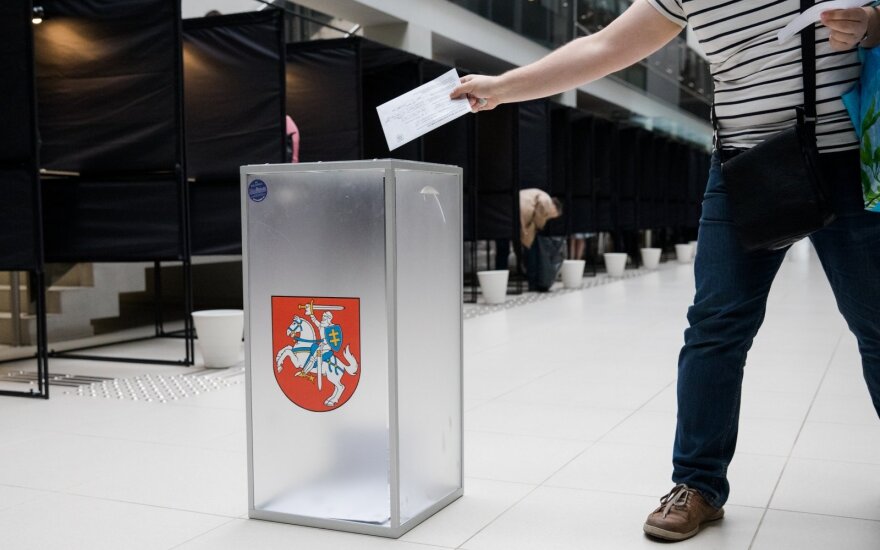 Voting at pre-polling stations in municipal buildings began on Monday and will continue through Friday.

Voters who are in hospitals and social care establishments, and those in military service and in prisons, can vote by mail on Wednesday through Friday.

Lithuanian citizens who live abroad or are on foreign trips can cast their ballots at 51 diplomatic missions and consular offices around the world, as well as at the Lithuanian World Center in Lemont, the United States, and the honorary consulate general in Toronto, Canada.

Additional polling posts will also open in East London, King's Lynn and Leeds in the UK, Stavanger in Norway and Melbourne in Australia.

In Lithuania, disabled people and those who cannot come to their polling stations due to illness, and those aged 70 and older will be able to vote at home on Friday and Saturday.

Some 51,700 citizens, or 2.13 percent of all eligible voters, turned out to cast their ballots on the first two days of advance voting, slightly up from 44,747 voters, or 1.85 percent, in the first round of the presidential election two weeks ago.

Ingrida Simonyte, a former finance minister nominated by the conservative Homeland Union–Lithuanian Christian Democrats, will face Gitanas Nauseda, an economist standing as an independent, in the May 26 runoff.

Simonyte came first in the first round with 31.31 percent of the vote and Nauseda finished second with 30.94 percent.

Candidates fielded by 16 political parties and public election committees are vying for Lithuania's 11 seats in the European Parliament.

President: Lithuania is lucky to have 'worthy' candidates in runoff (1)

Lithuania is fortunate to have two "worthy" candidates competing with each other to be elected...