BNS
The political group of the Lithuanian Farmers and Greens Union (LVŽS) in the Seimas will discuss expelling MP Justas Džiugelis after he tried to entice around 20 members to leave the group, the ruling party's leader said on Friday. 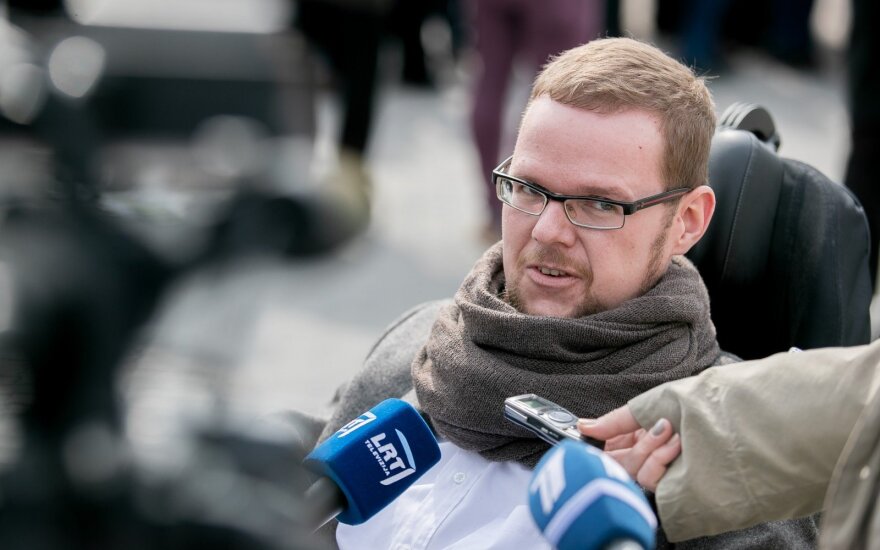 "Džiugelis talked to almost all members of the group about a split in the group. Many people can confirm this. There are some 20 (members) whom he tried to talk (into leaving)," Ramūnas Karbauskis told BNS.

Džiugelis' removal from the LVŽS group will be discussed next Monday.

"At first, he lied to me that there was a list of MPs in favor of a split in the group," Karbauskis said.

"He (Džiugelis) then tried to actually find some allies, but he found none, even though he visited many of them and told them that this split-away group would be very influential, would replace ministers and would hold the posts of committee chairpersons, etc.," he said.

Related articles
The calm before the storm: a revolt brewing in the “Farmer” ranks
Ruling party leader registers resolution on new parliamentary probe

The LVŽS chairman said he accepted Džiugelis' request that his expulsion from the group should be discussed at an open meeting.

Džiugelis earlier this year publicly called Karbauskis "a pathological liar", but later apologized and said that the LVŽS leader "sometimes tells lies and manipulates the facts".

The lawmaker could not be reached by BNS on Friday. He has written on Facebook that "propaganda and fake news shots" are being used in a bid to force him out of the group.

With 55 seats in the 141-member parliament, the LVŽS has the largest political group in the Seimas.

The calm before the storm: a revolt brewing in the “Farmer” ranks