BNS EN
aA
The prime minister of the Netherlands, Mark Rutte, is coming to Lithuania this week to meet with President Dalia Grybauskaitė at the Training Regiment of Great Etmon Jonušas Radvila in Rukla on Friday. 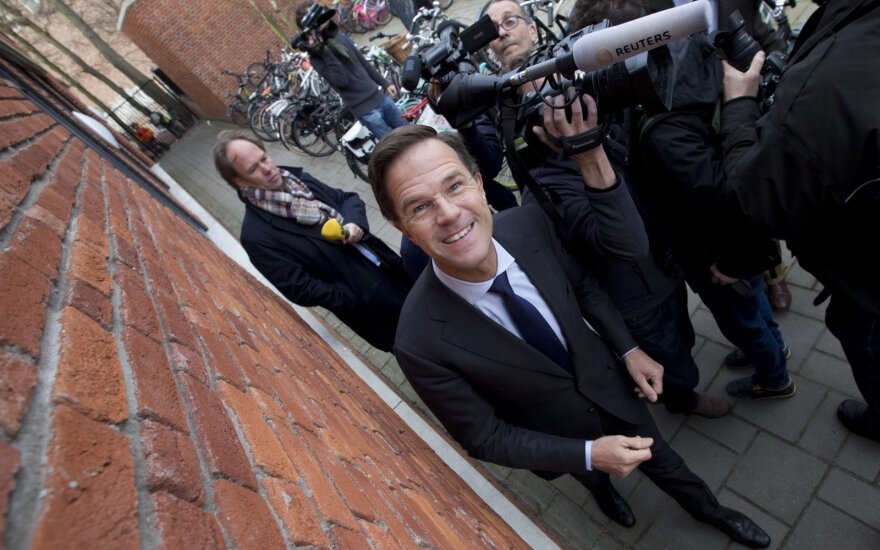 One of the main items on the agenda of Rutte's visit to Lithuania is to meet with the Dutch troops serving in the NATO Enhanced Forward Presence battalion.

The Lithuanian president and the Dutch prime minister are planned to discuss security threats, risks posed by the upcoming Russian-Belarusian Zapad 2017 exercise and regional security, with a focus on preparations for the 2018 NATO summit. Lithuania's objective at the meeting will include decisions to further consolidate collective defense, especially on the Alliance's Eastern flank, help efficient and fast response to possible threats, as well as deterrence of the threats.

Just like Lithuania, the Netherlands actively support creation of NATO's cyber forces and efforts against propaganda and fake news, the Lithuanian President's Office said. Lithuania supports the Dutch initiative of creating a Military Schengen, which would provide Allied forces with free movement within the Alliance's territory.

The Friday's meeting will also address bilateral relations between Lithuania and the Netherlands, the most relevant EU matters and cooperation among the Baltic, the Nordic and the Benelux states.

NATO fighter-jets serving in the Baltic air-policing mission from Lithuania and Estonia were last...

NATO’s new force posture in the Baltics: No longer a buffer zone

It was a summit of modest expectations and modest results for the North Atlantic Treaty Organization (...