the Lithuania Tribune
aA
Prime Minister Algirdas Butkevičius will suggest that Druskininkai Mayor Ričardas Malinauskas, a fellow social democrat, suspend his membership in the party while investigators probe his suspected involvement in a shady construction project. However, Butkevičius does not believe that Malinauskas should resign from the mayor's post. 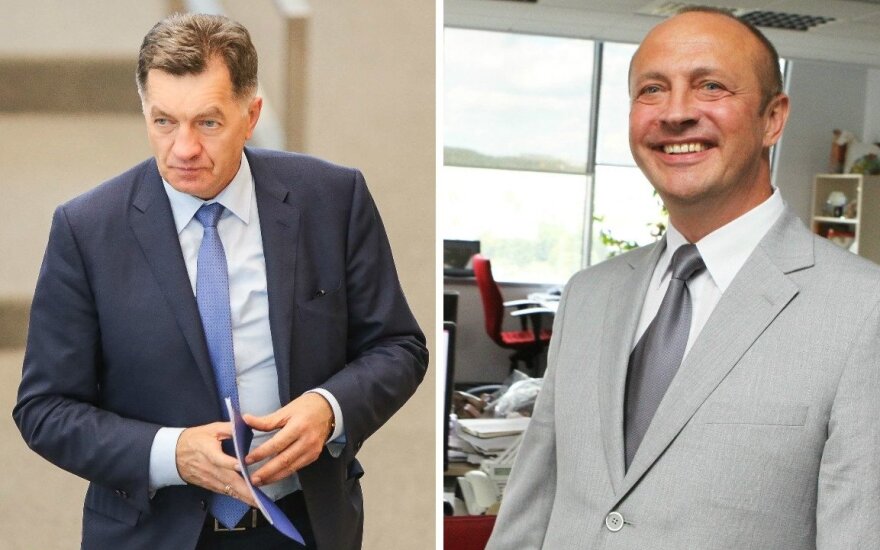 "We have a party council meeting today, where Malinauskas will have to answer some questions we want to ask, and I will suggest that he suspend his membership in the party while he is a special witness," Butkevičius told a press conference on Tuesday.

He added that the move was aimed at preventing political opponents from exploiting the issue for political gain. However, Butkevičius said he saw no reason for Malinauskas to step down as the mayor of Druskininkai.

Malinauskas was questioned on Monday by Special Investigation Service investigators who are probing allegedly questionable motives behind a government decree legalizing construction in the southern Lithuanian resort town.

The Prosecutor General's Office suspected that construction permissions issued by local authorities breached the law and asked a court to revoke them. The property owner, Žilvinas Pavilonis, has been linked to Malinauskas, the town's mayor, who recently admitted he paid construction contractors.

Update Feb 10. The board of the Lithuanian Social Democratic Party decided on Tuesday night that membership of Druskininkai Mayor Ričardas Malinauskas should not be suspended.

Malinauskas, who has been interviewed as a special witness in a construction fraud investigation, said he agreed to leave the party to make the situation better, but the board did not deem this necessary.

"I said that if my personality or the work that I have done, let's say, that if it were better for me to resign – temporarily or for good – and this would improve the situation, I would gladly do this at any time. And the decision is that we will continue working together," Malinauskas, deputy to the party's leader Prime Minister Butkevičius, told journalists after the board meeting.

Mayor of Druskininkai Ričardas Malinauskas has admitted giving money to contractors who were...