Drinking and driving. A sobering experience after the facts 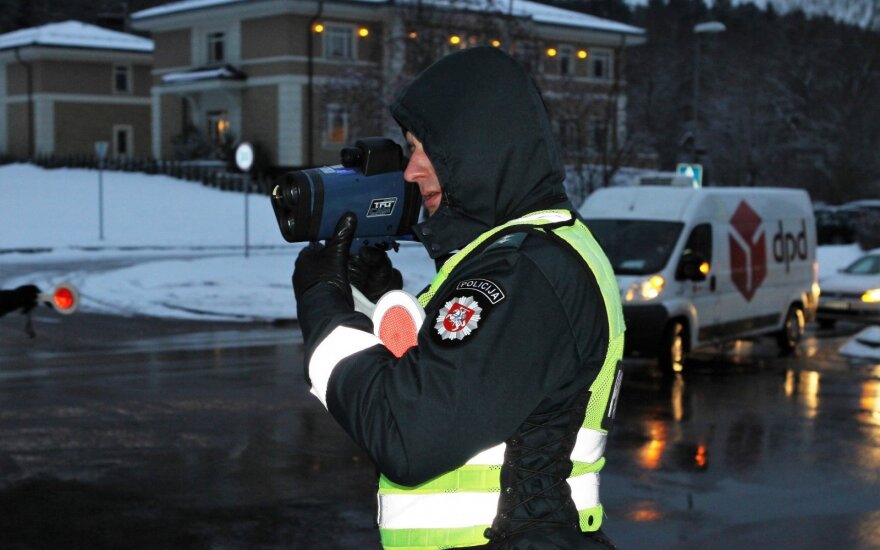 We meet Jonas M. (not his real name) shortly after he arrives by taxi. Jonas driver's license had been revoked for drinking and driving by the court a year ago. He estimates spending close to 3000 Euro in taxi fares over the last 12 months. His legal bills and various other costs topped 1300 Euro. Jonas guesses that, in addition to the money, his court appearance, obtaining various legal documents, and visiting doctors and attending mandatory driver's courses and tests required him close to 2 weeks of his time. It was a very costly experience.

It all started on a special Friday for Jonas. He had gone shopping with his girlfriend and picked up a few nice bargains. In the early evening, they met up with one of his colleagues and decided to go for a glass of wine. A bit later one of his out-of-town friends joined in. An hour or so later Jonas suggested bringing his friend to a nearby restaurant.

They barely drove 300 meters when they were met by a number of police cars. The breath analyser showed a reading of 1.3 grammes per litre (ppm). Well over the .4 ppm allowed in Lithuania, (zero tolerance for commercial or new drivers). Jonas estimates he drank 2 or 3 glasses of wine. However, he remained calm and cooperative with the police.

More annoying were the press and TV cameras at the checkpoint. The press knew a prey when they saw one. That same evening Jonas was on TV and in the on-line news outlets with his picture. Some of the comments were nasty and even involved his passenger. As a manager of a sizable company, Jonas did not need that type of publicity. The police parked his car. He took a taxi home.

According to Lithuanian Police, 2,574 drivers saw their license revoked after being caught driving under influence during 23 special operations in 2015. Some actions were part of EU wide actions (TISPOL). Not just in Lithuania, but also in most developed countries, there is a war against drinking and driving. The EU estimates that 1/4 of all casualties on the road are alcohol related. In Canada and the USA, there are heavy penalties, largely the result of lobbying by the mothers of the victims. Still, 1/3 of all deadly accidents are blamed on alcohol.

In many countries, drinking and driving are criminal offences with very serious consequences. Blood Alcohol Content (BAC) in several countries in the EU (Estonia, Poland, Czech Republic, Hungary, and Romania) is either zero tolerance or defacto close to zero. In Lithuania, the costs are relatively steep for anybody caught with more than 0.4 ppm (that is usually less than 2 small beers). There is a zero tolerance for new drivers (those with less than 2 years driver experience), motorbikes and commercial drivers.

Giedrius Danėlius, a criminal lawyer in Vilnius, says, ''The last 2 to 3 years have seen increasingly more alcohol checks each weekend usually during the night and well publicised with the media being invited''. Those caught often receive negative media exposure that can damage their careers or be very embarrassing. Mr Danėlius added, ''Particularly during the holiday season the police are very active, usually on weekends''. In spite of these prior announcements, drivers still are caught.

A month after that unfaithful evening Jonas appeared in court. That court appearance, requires a lawyer, and usually takes place 1 month after the suspension. His lawyer had advised him to take a mandatory course for alcohol and drug abusers prior to his court appearance. That and his cooperative behaviour with the police turned out to be a mitigating factor.

The court informed Jonas a month later, that his driver license was suspended for one year. As a first-time offender, he was given a fine of 289 Euro. Giedrius Danėlius says, ''A driver's license can only be revoked by a court decision.'' ''The penalty imposed depends on several factors, the degree of insobriety, usually classified as light, middle and serious, type of vehicle and driver's experience'', according to Mr Danėlius.

Drivers that are submitted to a test can ask to have the test repeated, but Mr Danėlius points out that ''the most common way to challenge a test is to check blood in a hospital.'' That option requires a sober person being available. Several drunken drivers have seriously aggravated their situation by not showing up within an hour of being stopped by the police. Those that are caught see their driver license suspended on the spot but can still apply for a temporary license, valid until a court decision.

Mr Danėlius points out, ''Bike drivers and novice drivers can't blow anything above zero ppm, and therefore they should be completely sober at all time''. Mr Danėlius added that, ''Penalties can reach as high as 868 Euro and the 1-year suspension is a minimum.'' Repeat offenders can expect tighter penalties. Everybody can reapply in court to have his or her driver's license reinstated after having served half the time of the suspension. However, in practical terms, it will still require almost 6 months to fulfil all the administrative requirements after obtaining a go-ahead from the court.

Mr Danėlius says. ''To get the license reinstated, all drivers need to undergo a medical and educational test.'' That medical test involves a visit to three doctors, including a psychologist. There is a written driver's test, in Lithuanian language only, for new and updated traffic rules as well as a practical driver's test. There is also a requirement to have proof of no other criminal convictions.

For the benefit of the foreign readers of the Lithuania Tribune, beware that there is no such test offered in a foreign language (not unlike other EU countries). Foreigners living in Lithuania need to obtain proof of no criminal record from both their home country and Lithuania.

In addition to these requirements and costs, a drunken driver can expect to pay a minimum of 400 Euro in lawyer's fees, but costs can be a lot higher depending on the circumstances.

There will be another TISPOL (EU wide) police action on Tuesday 27 December. Best is always to have a designated driver. Alternatively the expensive taxi trip home after an evening out may very well be the least costly and disruptive decision to make. It might also save many lives!

Seimas has made no big mistakes yet - President

Lithuanian President Dalia Grybauskaitė says that the country's new parliament has so far made no...

The Ministry of Interior has decided to refuse the proposal to implement zero tolerance laws for...

Passengers of drunk drivers to face fines in Lithuania

The Lithuanian parliament is considering a law that would punish passengers of intoxicated drivers.