the Lithuania Tribune
aA
Draft proposals by European Council president Donald Tusk to keep Britain in the European Union include proposals for an ‘emergency brake’ that would allow countries to curb in-work benefits to migrants for up to four years that could affect the many Lithuanian emigrants living and working in the UK, or planning to move to the UK. 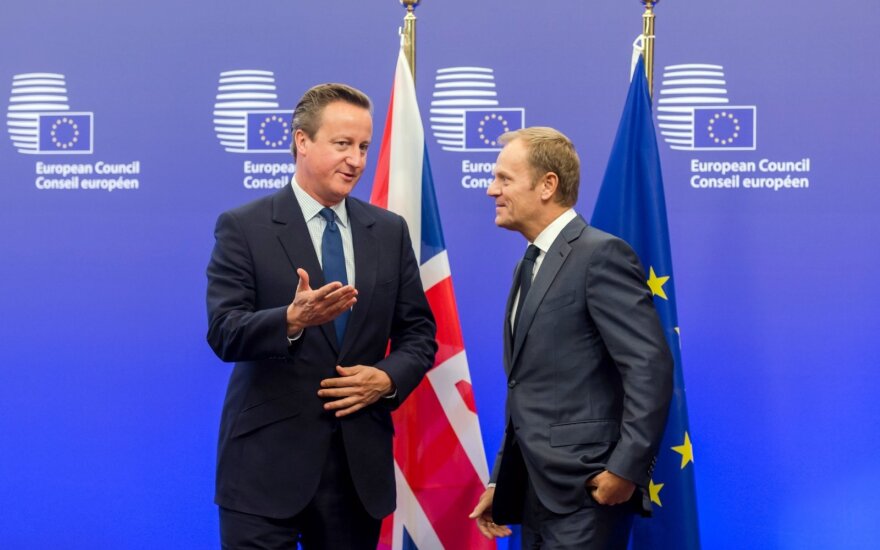 The brake would only be applied should a country’s welfare system be deemed to be under exceptional strain from immigration, but British Prime Minister David Cameron has already proposed a four-year ban on in-work benefits for EU migrant workers that could come into force immediately if the UK votes to remain in the EU.

However, this move will would have to be agreed with by other EU nations and it would be "graduated", with more money from tax credits paid to migrants the longer they remain in the UK.

But the draft contains no figure that sets the duration of the “safeguard mechanism”, raising the prospect that this could become a key subject of contention in the next two weeks.

Tusk’s proposal also suggests a “graduated” limitation on benefits, which would gradually increase “to take account of the growing connection of the worker with the labour market” (the longer they stayed in the country.

Opposition politicians in the UK have voiced criticism of the proposal with Greens leader, Caroline Lucas, criticising the proposal to cut benefits for EU migrants.

She said: “Taking away in-work benefits for EU citizens working in the UK is both unfair and unlikely to be effective. People who come here from other EU countries pay more in tax than they take out in public services. You won’t hear it from government ministers but the fact is that EU nationals are actually less likely to claim benefits than British people.”

Some analysts believe the graduated nature of the reductions in benefit would lead to only about 10% of current emigrants from Eastern Europe being affected by the measure.

The proposal also contains measures on reducing social security payments to emigrants. Currently EU citizens can claim child benefit for children living in other EU member states but under the Tusk proposals the paying country can reduce the amount they pay by taking into account the living standards of the original country.

While the proposal on migrant benefits may fall short of some of Britain’s demands, the text contains some far-reaching changes to the functioning of the European Union in key areas.

Britain's planned referendum on quitting the European Union is a bigger challenge to the EU than the...