BNS
aA
The shadows of abuse on Lithuania's Agriculture Minister Bronius Markauskas and his family discredit him and damages the reputation of the rest of the government, says President Dalia Grybauskaitė. 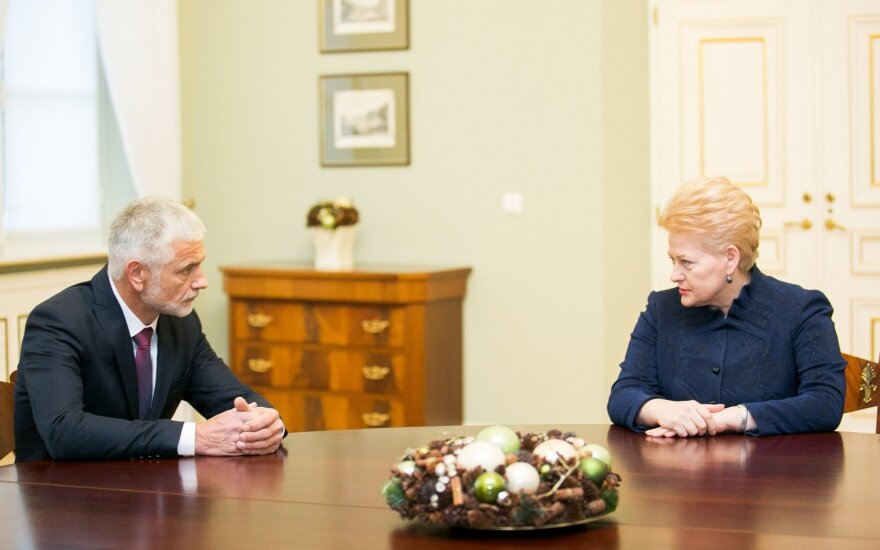 "The shadows of abuse falling on the minister and his family must be cleared. The doubts discredit the reputation of the minister and the government," Grybauskaitė said in a comment provided to BNS by per press service.

Meanwhile, Prime Minister Saulius Skvernelis last week said he had heard Markauskas' explanations about the farming by his family, adding the explanations were enough.

The head of the government spoke in response to media reports about Markauskas' family farming in the Klaipėda district without paying any rent to owners of some of the land.

Related articles
Seimas’ secret: what is the Kubilius commission actually for?
Tomas Dapkus. The roots of the Justice Ministry scandal

15min.lt news portal said last Wednesday that owners of two out of four small land sites in Truseliai village, Lithuania's western Klaipėda district, had confirmed that Markauskas' mother had been using their land without a permit for the past five to six years. In all four cases, the lease of land is not registered at the Center of Registers.

Ramutis Lelys, one of the landowners, said he was paying the land taxes himself and had not given the minister's family permission to do faming on his land. Lelys has already turned to bailiffs.

Furthermore, 15min.lt reported that the National Paying Agency had been paying Markauskas' mother payments for the four land sites for a number of years.

In his declaration to the Chief Official Ethics Commission, Markauskas has specified his mother as a person that could be the cause of a conflict of public and private interests.

Seimas’ secret: what is the Kubilius commission actually for?