Reuters
aA
Explosions and smoke billowing on the horizon in the Ukrainian city of Donetsk. 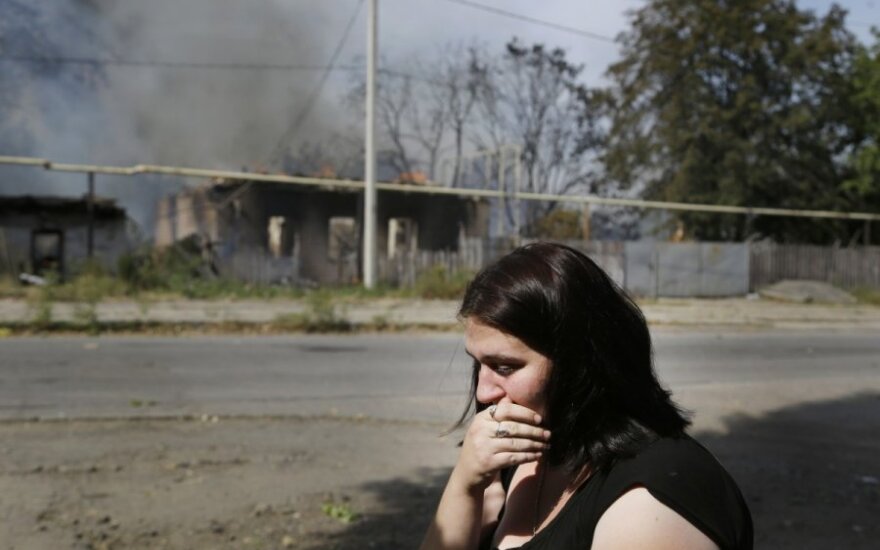 Fighting flared on Sunday despite a ceasefire between the Ukrainian government and pro-Russian separatists.

One woman died and a least four other people were wounded.

Some residents sought shelter in the basement of a building, sleeping on bunk beds, stockpiling bottled water and keeping candles at the ready.

"Poroshenko should be here, for him to be here with his children, just as people walk with their children here, the disabled, the elderly, what terrorists can be here?" an unidentified resident said.

Both sides say they are strictly observing the ceasefire and blame each other for any violations.

Meanwhile in Kiev, the head of Amnesty International said his group has undeniable evidence that Russia has been supporting the separatist forces.

"What we have is new satellite images which we've acquired and it's quite clear that there's direct and active influence of Russia," says secretary general of Amnesty International Salil Shetty. "Russia can't deny not being a party to the conflict anymore. Very systematic, well-organised mobile artillery and armoured units in place - there's no way the separatist forces could have organised that themselves. On top of that we also have eyewitness accounts of movement of Russian tanks across the border. So I think really that it's not deniable anymore. As far as we are concerned, it's an international conflict."

Moscow has denied sending troops or equipment to help the pro-Russia forces.

The human rights group has released a new report accusing both sides of war crimes and is calling for an investigation.

But that will be of little immediate help for the civilians caught in the cross fire and spending their nights in a dank cellar.