BNS
aA
The government's efforts to talk to social partners and match different interests are welcome, however, implementation of the National Agreement, which was signed on Monday, is questionable, as it may not secure support among other political forces, says professor Vitalis Nakrošis of the Vilnius University's International Relations and Political Science Institute. 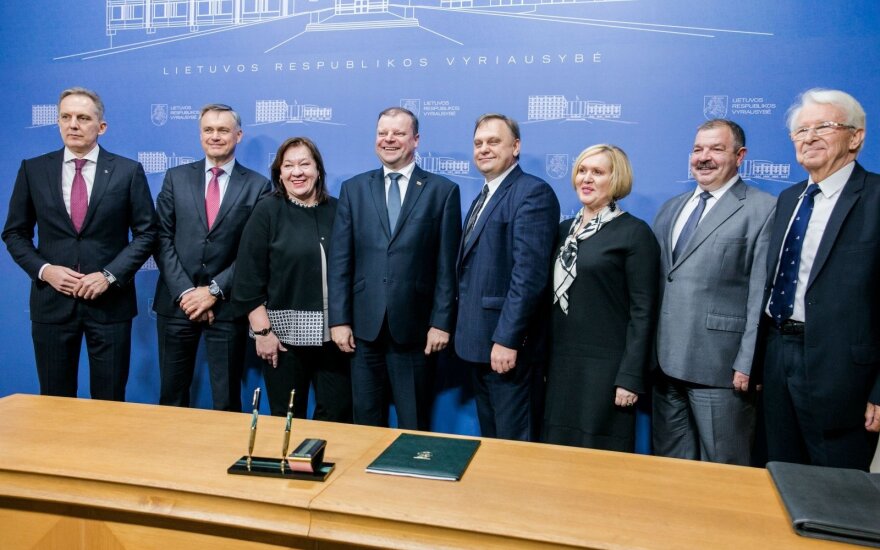 After signing of the National Agreement
© DELFI / Karolina Pansevič

"This is not a specific binding document and it is not an agreement of political parties, unlike the earlier agreements on European Union (EU) membership or increase of defense system financing. Therefore, it is not likely to be a very efficient agreement in terms of implementation. The opposition will continue opposing the implementation of the government's program in the Seimas, based on its documents," Nakrošis told BNS on Monday.

The National Agreement, which was initiated during the discussion of the Labor Code last summer, was signed after the ruling coalition lost support of the Social Democratic Party. In Nakrošis' words, signing the document with representatives of businesses and trade unions is relevant in the context, as it "grants additional support to the government from social partners."

According to the document, it will be implemented in accordance to "principles of good will, honesty, confidence and constructive dialogue," with another separate agreement to be signed on higher wages.

With the National Agreement signed among the Lithuanian government, trade unions and employers on...