Despite successes wind farms continue to look for government support

aA
The amount of electricity being generated by renewable resources in Lithuania is increasing – in Pagėgiai municipality in Western Lithuania alone, the wind farm that began operating there this year – the largest of its kind in the Baltics – generates about 2% of the country's energy needs. However, according to the farm's owners, their work would still be impossible without support from the government. 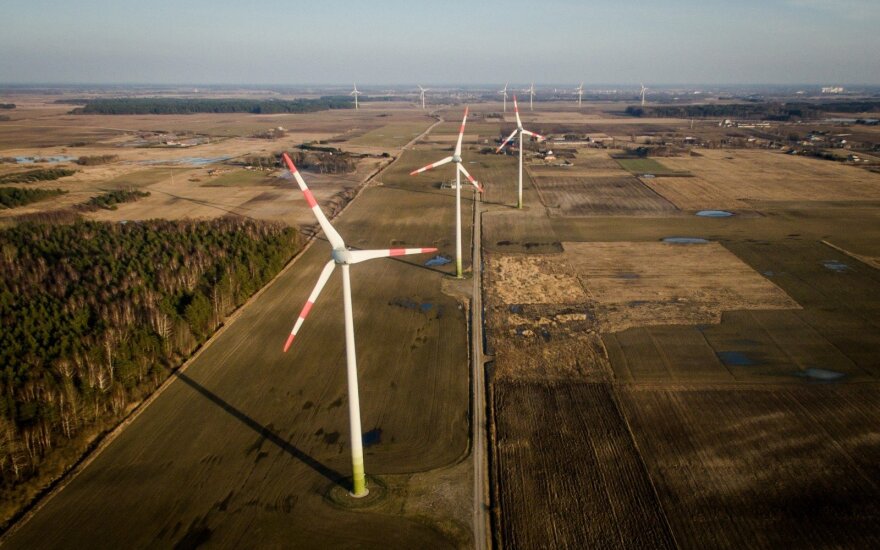 Egidijus Simutis, the owner of the wind farm, said renewable energy is a political decision rather than an economic one. Currently, he says that government support is still needed because the price of the electricity produced (€.071 ct) is still higher than the market price (€.04 ct).

The government is considering changing the scheme by which renewable energy in Lithuania is supported. The new scheme would support renewable energy through support funds that could attract European funds as well.

The 2,500-hectare wind farm in Pagėgiai municipality includes 30 generators whose total power output is more than 73 megawatts. Over the course of a year, this farm will generate enough electricity to power more than 35,000 average households.

It is believed that the €110 million investment into the largest wind farm in the Baltic states will pay for itself in 12 years.

Today, there are about 20 large wind farms operating in Lithuania.

After several more are completed this summer, the total power of all of the country's operational wind farms will reach 500 megawatts. Over a year, the farms will fill about 13 percent of the entire country's electrical needs.

Three years ago, Lithuania fulfilled the European Union's requirement that 23 percent of the country's energy should be produced by renewable resources by 2020.

According to Lithuanian Wind Power Association representative Aistė Pikšrytė, a new directive is currently being considered that may task Lithuania with generating 27 percent of its power from renewable resources by 2030.

Lidl to use green electricity to power Lithuanian stores

Lidl will be the first retail chain in Lithuanian to use electricity from renewable energy sources...

Lithuanian electricity supplier Inter RAO Lithuania increased its profits by over 40% from €12.3...

Wind power accounts for half of Lithuania's H1 electricity output

Wind power production in Lithuania soared by 40 percent in the first half of 2017 year-on-year to...