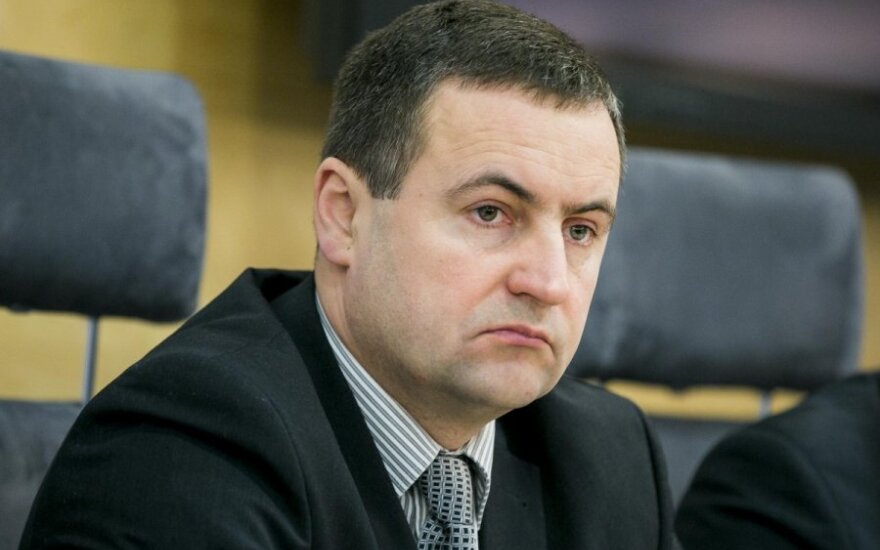 "I can confirm that the candidate has been agreed on between the interior minister and the prime minister," the prime minister's spokeswoman Evelina Butkutė-Lazdausienė told BNS, confirming information earlier published by the alfa.lt news website.

Požela will replace outgoing head of the agency Vainius Butinas who was appointed in March 2010.

Interior Minister Saulius Skvernelis said on Wednesday that Butinas had decided not to seek re-appointment. The minister said the change had nothing to do with the controversial decision to install border surveillance equipment with Russian-produced sensors.

Požela says he will focus on strengthening the service's capabilities to respond to geopolitical challenges and fight smuggling.

"I have also voiced my priorities during the conversation with the prime minister, and they, with no doubt, include geopolitical challenges as the border guard service, nevertheless, is the institution whose work marks the start of the state. So in this case, I think, we need to strengthen the service's abilities and capabilities. (…) I would also like to mention the issue of the "shadow" market as those goods that make that "shadow" go over the Lithuanian border into the internal market. And, with no doubt, the motivation of our staff," Požela told BNS on Thursday.

He also said he considered his recent appointment as a sign of trust.

"I just received a proposal and, being a uniformed person, a military person, seeing that expression of trust, I agreed," Pozela told BNS.

Požela, 41, has worked in the police system since 1993 and was appointed deputy commissioner general of the police in May 2011.

The installation of surveillance equipment with Russian-produced seismic sensors has not been started...

Prosecutors of the Kaunas county have detained Nerijus Ašmenskas, chief of the Aleksandras Barauskas...

On construction of fence on the border with Russia

Lithuanian border guards allowed to use firearms against unidentified drones

Lithuanian border guards have been allowed to use weapons and other measures against unidentified...