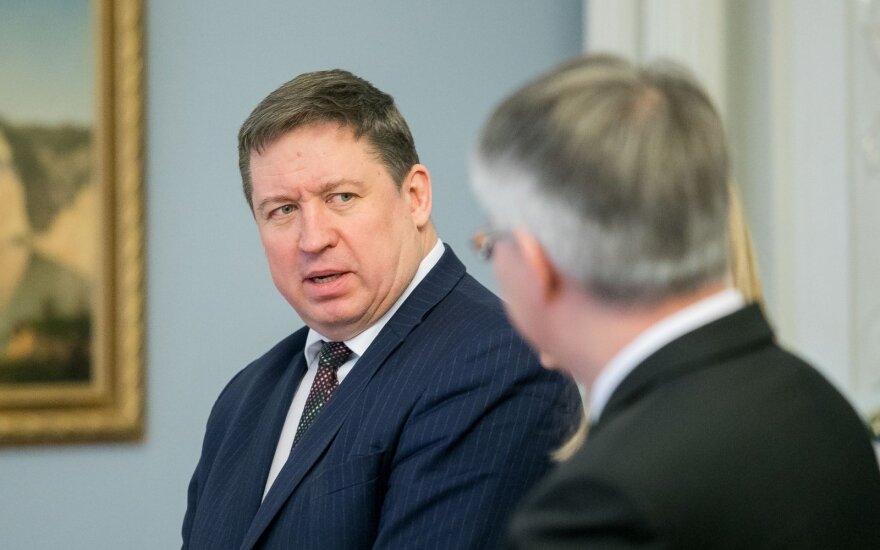 "Defence Minister Karoblis has given the Defence Ministry's General Inspectorate until February 8 to supplement the investigation of circumstances of the Mi-8T helicopter overhaul service procurement to assess the actions of all officials involved in the process," Vita Ramanauskaitė, the minister's spokeswoman, told BNS on Thursday.

Air Force Commander Colonel Audronis Navickas last November was suspended from his duties due to the investigation. He has appealed the suspension decision to court.

The officer remains suspended until the probe is over, the spokeswoman said.

The probe is into helicopter repair contracts concluded last year. Under these contracts, Helisota, a Lithuanian helicopter maintenance, repair and overhaul services provider, planned to subcontract a Russian company after winning a public tender process.

Related articles
DefMin completes helicopter repairs probe, to release findings next week
Preparing a stick for those planning to profiteer from the state

The former heads of the Defence Ministry said that Navickas had failed to comply with a decision, taken last February, to repair Mi-8T search and rescue helicopters in non-Russian companies.

The process of sending Lithuanian military helicopters to Russia for repairs was cleared by high-ranking defense officials before it was stopped at the last stage.

The Lithuanian Foreign Ministry says that helicopter repairs in Russia would have run counter to the European Union's decisions on sanctions against Moscow and to Lithuania's foreign policy.