BNS EN
aA
Lithuanian Defense Minister Raimundas Karoblis and Interior Minister Eimutis Misiūnas on Tuesday discussed co-operation between their ministries during the Zapad (West) military exercise to be held jointly by Russia and Belarus in September. 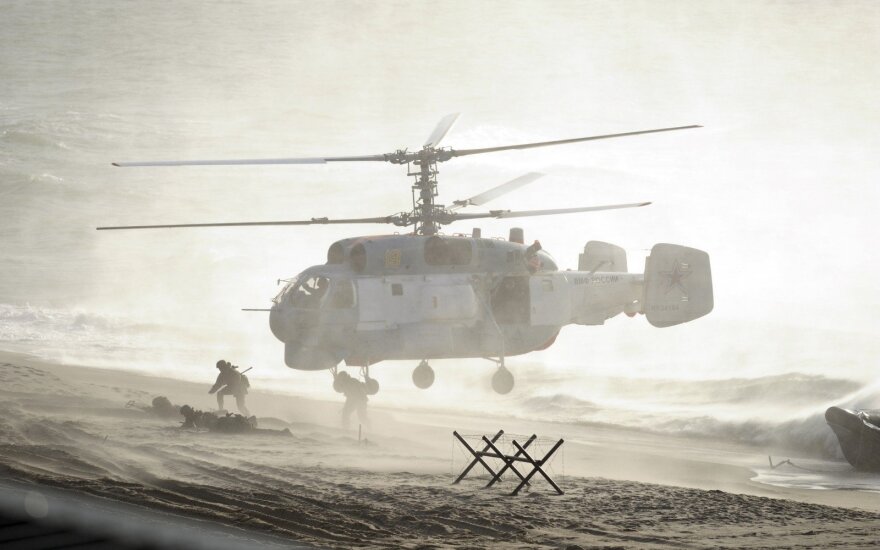 Lithuanian officials are concerned over the scale and scenarios of the drills.

The participants of the meeting discussed coordination of actions during the active phase of the Zapad exercise, the Defense Ministry said in a press release.

According to it, the ministries and their subordinate bodies have been holding such meetings on a regular basis to ensure a smooth exchange of up-to-date information and coordination of possible actions.

"There are currently no indications that the Zapad 2017 exercise might be used as a cover for actual operations, but Lithuania is closely monitoring the security situation in the region and ongoing preparations for exercise," Karoblis said in the press release.

"There has been a constant exchange of information within country and with NATO and allied countries. We are prepared to respond to threats and unexpected situations should any arise," he said.

Lithuania's military intelligence officials say that the Zapad scenario will likely include a simulated armed conflict with NATO and warn about possible incidents and provocations in the border area during the war games.

Lithuanian officials say that Zapad 2017, scheduled for Sept. 16-20, may involve around 100,000 troops, although Minsk and Moscow give much lower numbers.