LT Daily, media brief
aA
One of the founders of the Lithuanian army has said the Defence Minister, Juozas Olekas’s position that a professional army is sufficient and conscription is not needed is irresponsible in current international conditions. 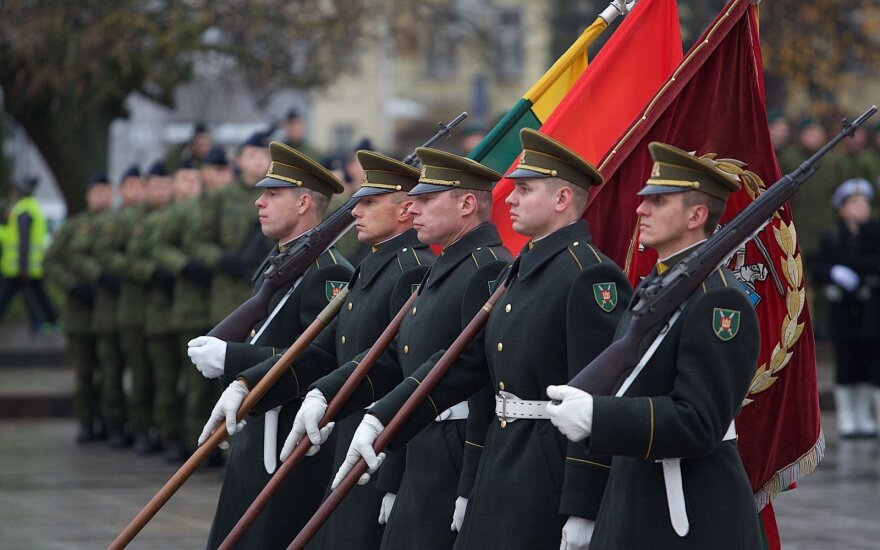 “It is a very strange position. Perhaps at some point, when there is no international danger and aggression, then politicians can speak whatever comes to their minds, but now, when Russia has confirmed its new military doctrine. I think that the minister‘s behaviour is more than irresponsible,” said Gasparas Genzbigelis, one of the founders of the Lithuanian Armed Forces.

Political leaders have consistently clashed over the issue of conscription with President Dalia Grybauskaitė, Parliament Speaker Loreta Graužinienė, the head of the parliamentary Committee on National Security and Defence Artūras Paulauskas all in favour of compulsory military conscription, but the Defence Minister consistently opposing that position.

Juozas Olekas signed a decree in 2008 that stopped conscription, and last year when a proposal was put forward to return to the conscription system, he stated that he believed a professional army was enough. The Minister’s position is supported by his party.

The Defence Minister is supported by other Social Democrats such as Giedrė Purvaneckienė who has argued that any decision to continue conscription after 2020 needs to be approved by citizens through a referendum. Last year Birutė Vėsaitė suggested that compulsory military service only apply to people from certain groups of the society, like the long-term unemployed.

Last week, Prime Minister Algirdas Butkevičius said that conscription had increased emigration but this was rejected by demographic experts.

Defence expert Aleksandras Matonis said: “At the moment it is affecting the Russian government, the current regime, to see the strengthening of military capabilities in the Baltic countries and Lithuania in particular. Therefore, anyone who questions the need to strengthen the army, or try to undermine the financing of rearmament or staff development, are very useful for the Kremlin regime.”

Jonas Valančiūnas , the Toronto Raptors center beloved by basketball fans both in Lithuania and...

In 2016, Lithuanian ground forces will become a force to be reckoned with

When Lithuania had huddled up under NATO ’s wing, it felt more secure and even unconcerned as to...