Media Briefing
aA
In the commemoration of the Lithuanian prosecutors’ establishment centenary, President Dalia Grybauskaitė was awarded with honours “For Special Merits” at a jubilee conference, a press release states according to lrt.lt. 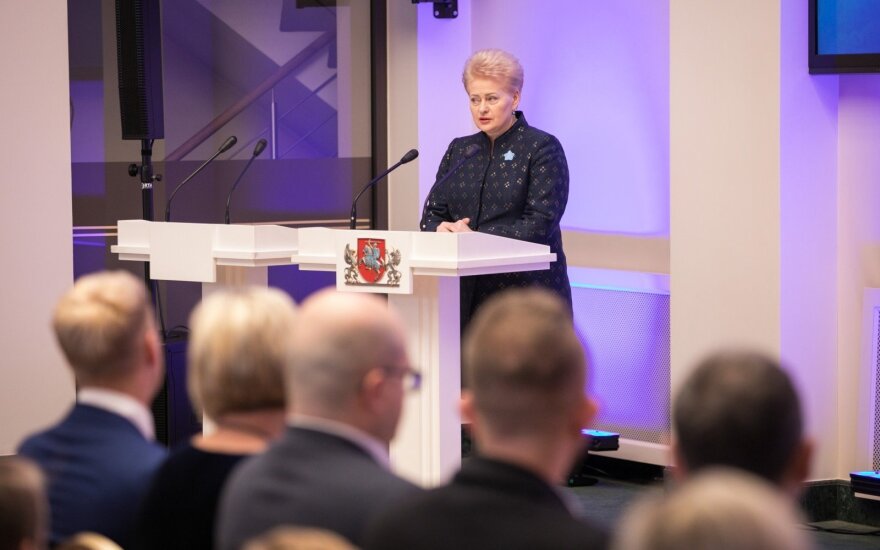 The award was granted to the president for merits to the prosecution system and for legal regulation initiatives that encouraged system changes in strengthening the independence of the status of prosecutors.

The head of state dedicated much attention to law enforcement reform during her two terms. During this time, prosecution reform was enacted, the number of leading prosecutors was reduced, investigations of economic and corruption activities were strengthened.

Following the example of the court system, the selection of prosecutors was made stricter, as well as career and service evaluation, accountability procedures. This has allowed to recover public confidence, which has been rising for almost ten years now.

The president's legislative initiatives granted prosecutors new legal instruments to defend human rights and the public interest, protect the state from hostile forces. Legislative changes have made criminal accountability for corruption and major financial crimes stricter, the possibility of trying individuals, who have committed major harm, to be tried behind closed doors has been established.

Thanking for the award, the president stated that the prosecutors' office is on the right path and must safeguard its independence and courage to face the newest challenges to protect the unchanging values of justice.

Grybauskaitė refuses to enter war of words with Pranckietis: everything is clear

President Dalia Grybauskaitė is refusing to enter a war of words with Seimas Speaker Viktoras...

D. Grybauskaitė congratulates Lithuania with the New Year: many challenges await in 2019

President Dalia Grybauskaitė delivered her annual New Year’s Address. According to the head of...