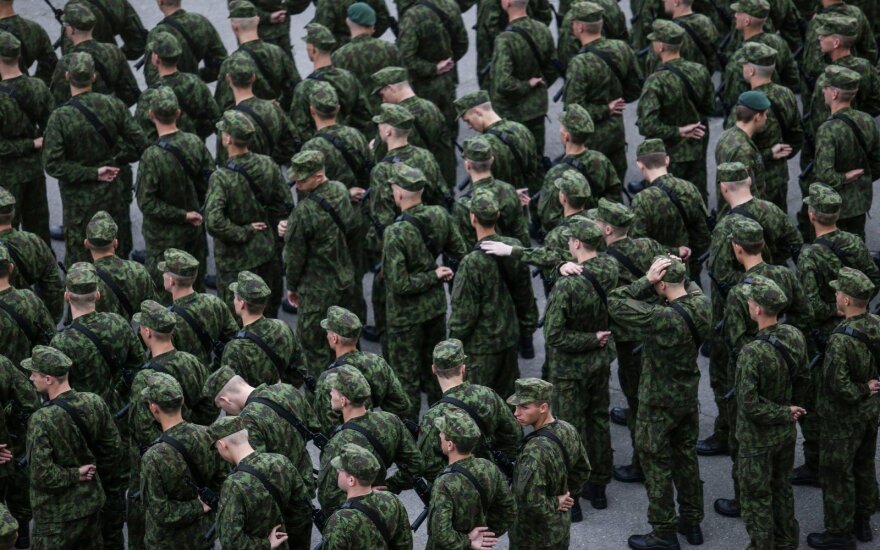 Around 250 Czech troops will be serving with the multinational unit stationed in Rukla, in central Lithuania, starting Tuesday.

"The Czech contingent deploying in Lithuania is formed by many different units of the Armed Forces of the Czech Republic but the core is provided by the 41th Mechanized Infantry Battalion stationed in the northeastern part of the country," the ministry said.

"The contingent will deploy with Pandur-II Infantry Fighting Vehicles equipped with 30 mm cannons and Spike anti-armor missiles," it said.

Lithuanian Defense Minister Raimundas Karoblis said that allies' active participation in the NATO eFP in the Baltic countries and Poland "sends a clear signal that the Alliance is strong, united, and ready to respond to any threat".

About 150 soldiers from the Czech Republic's 7th Brigade trained together with Lithuanian and other allied troops for four months in 2017 as part of NATO's Assurance Measures. Czech air force detachments in 2009 and 2012 carried out NATO's Baltic air-policing mission and plan to lead the mission for the third time in 2019.

In response to Russia's aggressive actions in Ukraine and activity in the Baltic Sea region, NATO last year deployed multinational battalions to Lithuania, Latvia, Estonia and Poland. The German-led battalion in Lithuania consists of around 1,200 allied troops.

On June 15 His Majesty King of the Netherlands Willem-Alexander while conducting a state visit in...

Two NATO troops were injured in a crash in Švenčionys Distict, eastern Lithuania on Sunday when...