Corporate Client article
aA
Cruising Exhibition of Economic and Cultural Cooperation along the Belt and Road, known as “Sail of Shanghai”, was successfully held in Kaunas, Lithuania on September 17-18, 2017. More than 60 companies, relevant educational institutions, museums, libraries, art troupes and media from Shanghai were represented. “Sail of Shanghai”, the largest-scale and comprehensive exhibition of economic and cultural cooperation held by China in Lithuania for the past few years, was jointly organized by Shanghai People’s Association for Friendship with Foreign Countries and Shanghai Association of International Services Trade, with the support of Enterprise Lithuania, Kaunas Municipal Government and the Chinese Embassy in Lithuania. 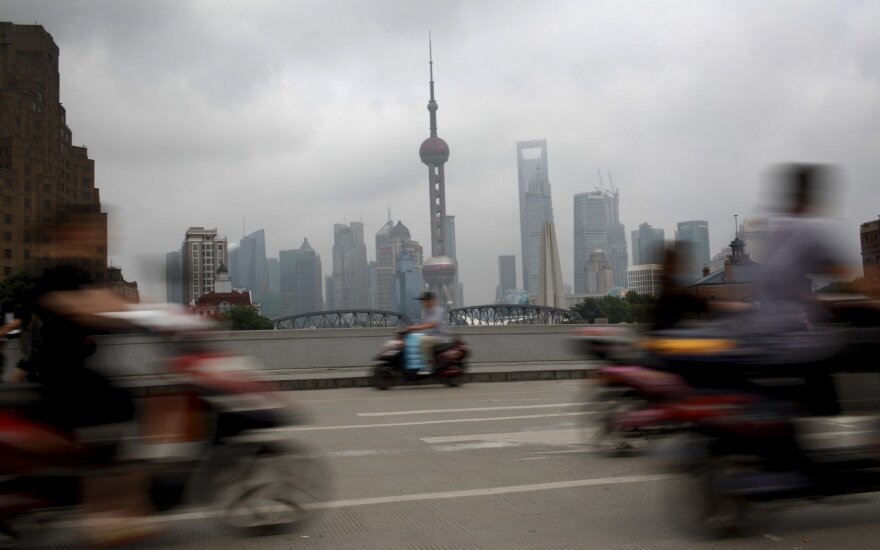 The Exhibition showcased not only Shanghai's brand products in light industry, textile, electronics and IT industry with over 100 booths, but also intangible cultural heritage such as farmer paintings, lithographs, etc., attracting many visitors of Kaunas and nation wide. Basketball matches between relevant school teams were played and joint cultural performances were staged. These diverse events provided a good platform for the local public to have a better understanding of the City of Shanghai and the Chinese culture.

During the Exhibition, Shanghai Library donated 500 books to V. Kudirka Library Kaunas and relevant educational institutions of Shanghai and Kaunas shared their perspectives on education and exchanged their ideas on future cooperation. A business forum was also held, during which representatives from Enterprise Lithuania, Lithuania-China Business Council and a law firm in Kaunas made presentations on the competitiveness and investment environment of Lithuania. More than 60 Chinese and Lithuanian entrepreneurs participated in the forum and discussed the ways to have mutually beneficial cooperation.

Kaunas Mayor Visvaldas Matijošaitis met with the representatives of the exhibiters and organizers at his office. "I was an entrepreneur before taking office as Mayor of Kaunas, and I fully understand what entrepreneurs want to do and what challenges they face with in international business cooperation", said the Mayor. He encouraged the Chinese companies to invest or conduct business in Kaunas, promising to provide personal assistance to enhance business cooperation and support cultural exchanges between the two cities and the two countries.

Jointly building "the Belt and Road" and China and Central and Eastern European Countries Cooperation ("16+1 Cooperation") have lifted China-Lithuania bilateral relations to a new high. Just as expressed by Ambassador Wei in his opening remarks, "Sail of Shanghai" --- Cruising Exhibition of Economic and Cultural Cooperation along the Belt and Road, has brought the goodwill of China and Lithuania into pragmatic exchanges and cooperation between the two countries, which was conceived in the "the Belt and Road" initiative. With a series of economic and cultural events, this Exhibition served as best evidence of "People-to-People Bond" and "Unimpeded Trade" between China and Lithuania.

Lithuania plans to take part in Expo 2020 in Dubai

Lithuania plans to participate in the World Expo 2020 in the United Arab Emirates ( UAE ).

Prime Minister Orban Viktor, Colleagues, I am delighted to gather with old and new friends here to...

Lithuania may benefit from Chinese investment, however, they should be considered from the economic...