Crimean Tatar leader: If all European countries were like Lithuania, Ukraine crises could have been prevented

BNS
If all European countries had the same position on the Ukrainian-Russian conflict as Lithuania, this "banditism" would have been prevented, says Mustafa Dzhemilev, leader of Crimean Tatars and a member of the Ukrainian parliament. 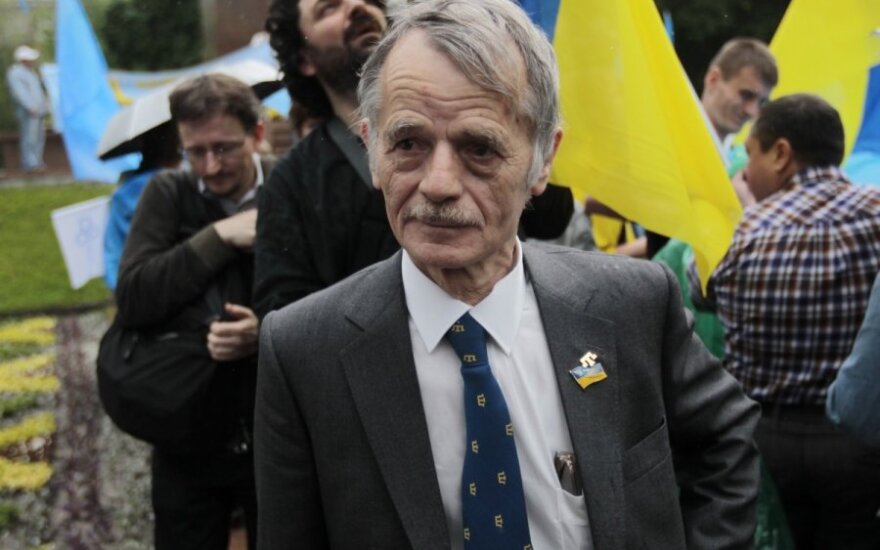 In his words, Russia must be stopped, because its aggressors might later appear elsewhere.

"If we don't stop the aggression now in Ukraine, tomorrow it might emerge anywhere. We are very late and that could be the cause of a major global catastrophe. We must be principled as much as we can and defend democracy. I do hope that all democratic powers will be moving in this direction," Dzhemilev said, addressing a special event at the Lithuanian parliament on Tuesday on the occasion of the 25th anniversary of the restoration of Lithuania's independence.

Lithuania's position on the war in Ukraine is an example for the West, he stressed.

"This small country of only 3 million has brave democratically-minded people who know the value of democracy. If all countries behaved as resolutely and bravely as Lithuania does, we could have avoided or swiftly prevented the banditism we see today," Dzhemilev said.

He also said he was aware of Lithuania's history of fighting for independence, deportation of Lithuanian and repressions against them. The guest also stressed that occupied by the Soviets, Lithuania never gave up resistance and became one of the first countries that managed to break free of the iron fist of the Soviet Union before its collapse a year and a half later.

"Today, when our country is occupied, occupied by a neighbouring country, and Russia's new totalitarian regime is in place, Lithuania with its democratic traditions is among European countries supporting Ukraine's right for defence, the defence of a sovereign nation," Dzhemilev said.

He also pointed out that Europe's division and unwillingness to take action against the aggressor resembles the WWII scenario when Western leaders connived at Hitler.

"I would like to express my gratitude to the leadership of your country on behalf of the Crimean Tatars," Dzhemilev thanked Lithuania.