BNS
aA
Crimea is part of Ukraine, regardless of annexation of the peninsula by Russia four years ago, Lithuania's Constitutional Court chairman Dainius Žalimas said at a meeting with Crimea's Tatars in Kiev. 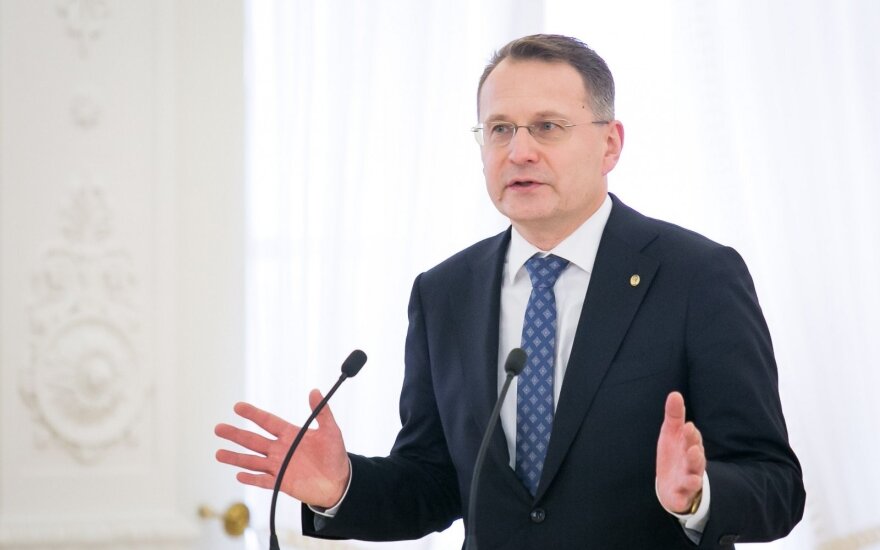 "Under the international law, Crimea was undoubtedly part of Ukraine and continues to be so, and Crimea's Tatar community have the right to national autonomy in their native land there," Žalimas said in a press release.

At a meeting with MP Refat Chubarov, the leader of the Mejlis of the Crimean Tatars, Žalimas discussed the annexation of Crimea and the role of the Russian Constitutional Court in facilitating the move. The human rights situation was also on the agenda.

The Lithuanian Constitutional Court says it has repeatedly raised the issue of Crimea annexation. Three years ago, Žalimas together with his counterparts from Azerbaijan, Georgia, Cyprus, Poland, Moldova and Ukraine supported the initiative to condemn the resolution of Russian court chairmen to pave way to occupation of the peninsula.

In his words, the decision taken by the Russian colleagues served as a tool to justify and complete the annexation of Crimea, and their decision should be considered a gross violation of the international law.

Judges of the Russian Constitutional Court are listed as personas non grata in Lithuania and were banned from attending the global congress of constitutional courts in Vilnius last March.

Lithuania will seek that sanctions for Russia are continued until it "withdraws from the illegally...