Corporate Client article
aA
The 19th National Congress of the Communist Party of China (CPC) concluded on October 24, 2017, enshrining Xi Jinping Thought on Socialism with Chinese Characteristics for a New Era into the Party Constitution and installing a new Central Committee and a new Central Commission for Discipline Inspection (CCDI). 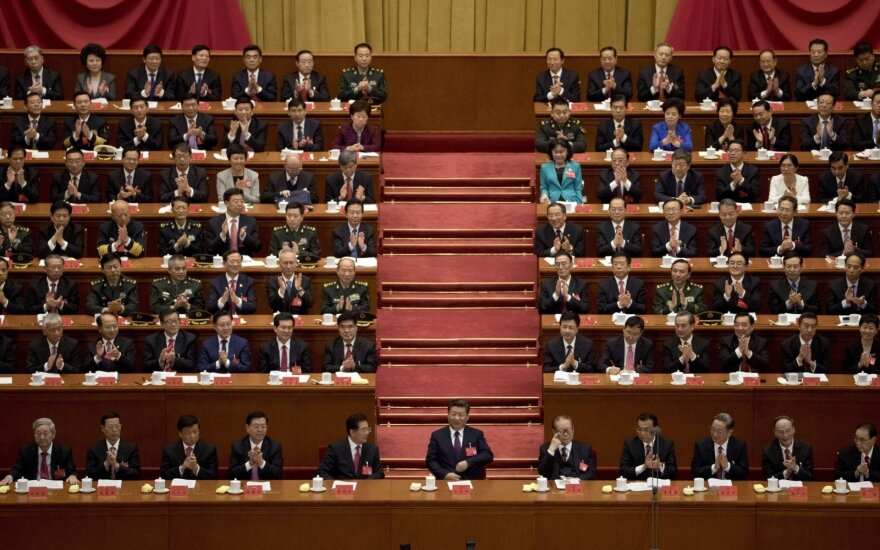 At the closing session presided over by Xi Jinping, 2,336 delegates and specially invited delegates selected 204 members and 172 alternate members of the 19th CPC Central Committee.

"We believe that all the decisions and plans the congress has made and all the outcomes it has achieved will play a vital role in guiding and ensuring success in our major endeavors," Xi said in a closing address at the Great Hall of the People.

As is customary, the new Central Committee will hold its first plenary session the following day of the conclusion of the Party congress.

Tuesday's closing session also passed a resolution on an amendment to the Party Constitution, which enshrined Xi Jinping Thought on Socialism with Chinese Characteristics for a New Era as a new component of the Party's guide for action.

The CPC also included Xi's military thinking and the Party's "absolute" leadership over the armed forces, as well as other statements including "following the principle of achieving shared growth through discussion and collaboration, and pursuing the Belt and Road Initiative" into its Constitution.

The Party must "make comprehensive efforts" to ensure that "the fight against corruption keeps going," according to the revised Constitution.

The CPC, which was established in 1921 and took power 28 years later, has routinely amended its Constitution at past national congresses to keep up with the times.

"Through these many years of struggle with tenacity, our Party has united and led the Chinese people and the Chinese nation in ending once and for all the miserable plight of old China, which had been bullied by foreign aggressors following the Opium War of 1840, and in walking completely out of poverty and weakness," Xi said.

Delegates to the congress also passed resolutions on a report of the 18th CPC Central Committee and a work report of the CCDI, fully approving the work the Party had done in past five years.

"In our Party, each and every one of us must always breathe the same breath as the people, share the same future, and stay truly connected to them," he said.

"The aspirations of the people to live a better life must always be the focus of our efforts," Xi said.

Xi noted that the central committees of China's other political parties, the All-China Federation of Industry and Commerce and public figures from all ethnic groups and all sectors in China offered their congratulations during the congress.

"Many countries' leaders, political parties, organizations, and prominent figures also sent us congratulatory messages. The presidium of the Congress wishes to extend heartfelt thanks to each and every one of them," he said.

The five-yearly congress, which opened on Oct. 18, was held during the decisive stage when China is building a moderately prosperous society in all respects and at a critical moment as socialism with Chinese characteristics has entered a new era.

Cruising Exhibition of Economic and Cultural Cooperation along the Belt and Road , known as “Sail...

Chinese freight shipments via the Baltic countries may become an opportunity for the European standard...

The Day of Lithuania dedicated to the country's 100-year anniversary should be held in the Forbidden...