BNS
aA
A court on Thursday suspended Rytis Mykolas Račkauskas, the mayor of the northern Lithuanian town of Panevėžys, from office for three months amid corruption suspicions, a spokeswoman for the Prosecutor General's Office confirmed to BNS. 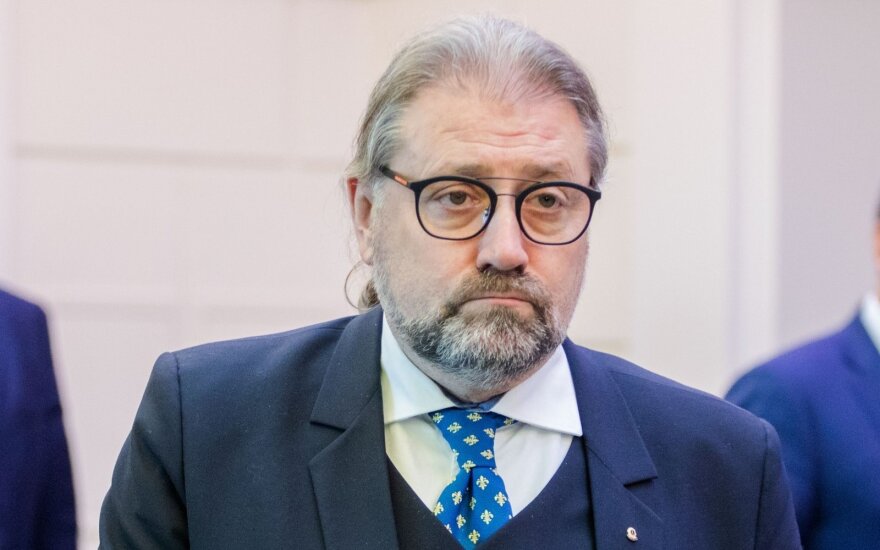 The mayor, who is suspected of abuse of office and influence peddling, also had to sign a written undertaking not to leave his place of residence.

Prosecutors have also asked the Panevėžys district court to suspend Gintarė Maskoliūnienė, the mayor's advisor who is suspected of influence peddling, for three months, with the court's decision still pending.

The Prosecutor General's Office says in a statement that the anti-corruption agency is looking into circumstances surrounding certain public procurement tenders in Panevezys, related to design and document preparation.

Sources have told BNS that the investigation focuses on public tenders linked to the planned construction of a 50-meter swimming pool, as well as underground containers and the local authority's marketing program.

According to STT, evidence collected during the pre-trial investigation provide reasonable grounds to suspect that bribes were offered in the form of services for adopting favorable decisions.

Formal suspicions have also been brought against four other persons in the investigation.

Suspicions brought against Panevėžys mayor, 4 other persons in corruption case

The mayor of the northern Lithuanian town of Panevėžys, Rytis Mykolas Račkauskas , was on Tuesday...

The mayor of the northern Lithuanian town of Panevėžys was on Tuesday detained by the Lithuanian...

Opposition members of the municipal council in Lithuania's fifth-biggest city of Panevėžys have...

Saving private Skardžius – is the commission ruling aimed at safeguarding the coalition?