(1)
BNS
aA
The Chancellery of the Government of Lithuania violated journalists' rights by refusing to provide and subsequently deleting the audio recording of a Cabinet's meeting in October, 2018, the Supreme Administrative Court of Lithuania has ruled on Thursday.
Sekite svarbiausias naujienas socialiniuose tinkluose! 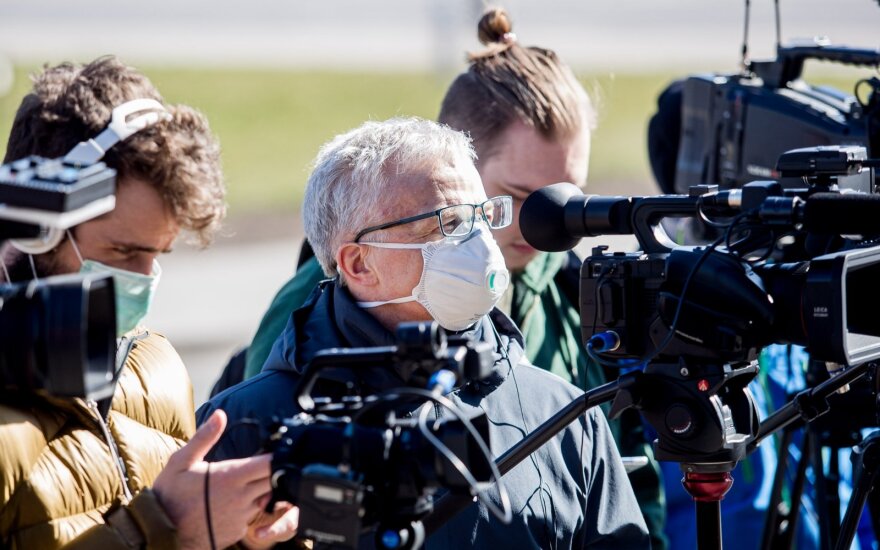 Judge Dalia Visinskiene says journalists' complaint was satisfied in part but it was also determined that there's no real possibility to recover the audio recording.

"The court decided to recognize that the Chancellery violated the applicants' right to information, or the right to get, collect and spread information, to be more precise," Visinskiene told journalists.

In her words, such a ruling was issued taking into account the fact that journalists turned to the Chancellery on October 4 in time pursuant to existing laws.

The Chancellery had the audio recording until 11 p.m. October 11 and it was then deleted, the judge said.

The court ruling also states that the Chancellery did not provide any evidence that it could not disclose information about the Cabinet meeting due to any necessary restriction provide for by laws or to protest the rights and freedoms of other persons.

Speaking of the non-satisfied request to recover the deleted audio recording and order the government to provide it, Visinskiene said there's no real technical possibility right now to do so.

The Supreme Administrative Court of Lithuania also disagreed with the position of a court of lower instance that the Cabinet meeting's protocol provided to journalists was enough to secure the applicants' right to get information and spread correct information.

The Lithuanian Journalists' Union and journalists from several media outlets turned to court after the government refused to give them the audio recording of the Cabinet's October 3, 2018 meeting in which the ministers discussed legislative amendments to give the media free access to registry data.

A court of first instance dismissed the lawsuit, but the journalists appealed the decision.