BNS
aA
There are more coronavirus infections and deaths from the coronavirus among elderly women, compared to men, in Lithuania, and there are also over a dozen of infected children in the country, based on the latest figures from the country's National Public Health Center. 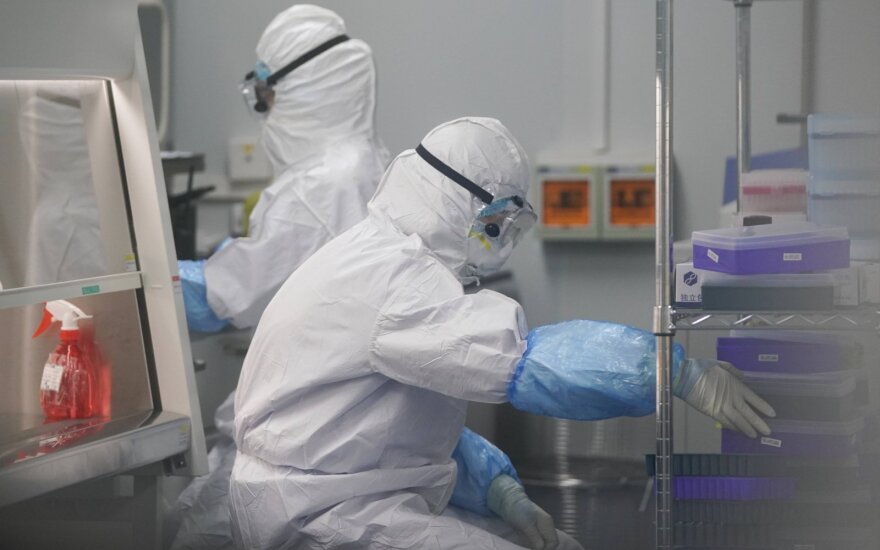 Women are more likely to contract the coronavirus in Lithuania, just as in other EU countries, with 5.67 cases recorded per population of 10,000, compared to 4.69 cases among men, Rolanda Lingiene, director of the NPHC's Vilnius Department, told a press conference today.

33 women and 21 men have died of the coronavirus in Lithuania. And only six of those people were under 60, Lingiene noted, meaning that they were not in the risk group.

26 children have also tested positive for the coronavirus, including 11 under four and another 15 between 5 and 14 years of age.

Lingiene also paid attention to the fact that the general infection rate in Lithuania, compared to other European countries, is optimistic.

In absolute numbers, the majority of coronavirus cases have been recorded in Vilnius County because it has the largest concentration of population.

The number of new coronavirus cases, "excluding hotspots", has been going down over the past two weeks, Lingiene said, adding that the hotspots "are fairly well localized and pose little risk to the Lithuanian population".

The largest morbidity has been registered among people over 80 but the number of such people is lower, compared to younger people, Lingiene said. Therefore, in absolute numbers, the largest number of those infected includes those aged 25-49.

Lingiene says infected medics remain "the figure causing concern" as they account for around a fifth of all cases in Lithuania.

Imported cases, standing at 303, make around a fifth of all COVID-19 cases in Lithuania. And the largest number of imported cases has been registered in Kaunas County, accounting for around half of the total.

On Friday morning, there were 1523 confirmed COVID-19 cases in Lithuania. On Thursday, 12 new cases...

On Thursday morning, Lithuania already has 1511 coronavirus cases recorded in the country. On...

On Saturday morning, Lithuania has already recorded 1543 COVID-19 cases in the country since the...

On Sunday Lithuania has had 1541 confirmed coronavirus cases. On Saturday, 7 new cases were detected.