Controversy over Church interference in politics after Butkevicius statement 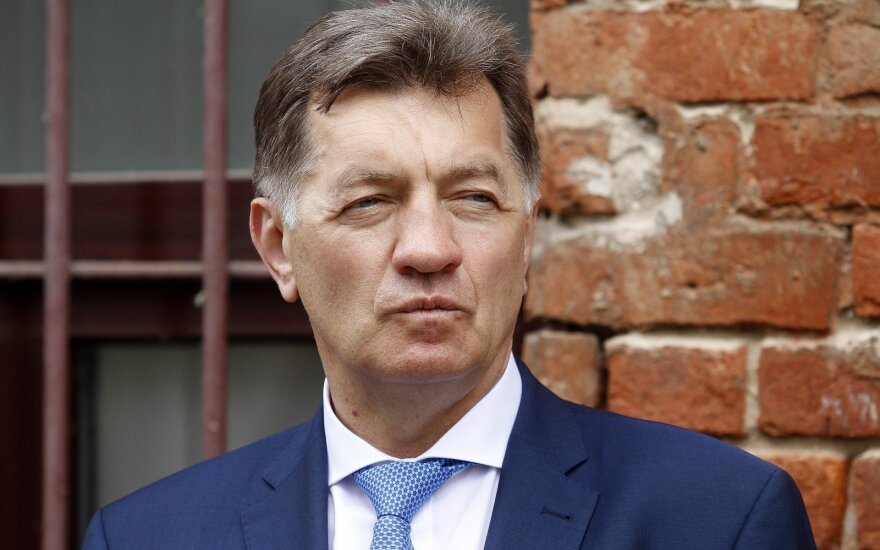 Prime Minister Algirdas Butkevičius excluded discussion of a new partnership law for unmarried couples from yesterday’s cabinet agenda after a sermon by Archbishop Gintaras Grušas sermon that criticized the move and a letter from the Archbishop and Bishops' Conference, leading to questions about church interference in the running of the Lithuanian state.

“Those who were at the cathedral yesterday, really, I would say, the sermon by the Archbishop was very strict and instructive,” said Butkevičius in a meeting on Thursday and added that he had to react to the letters from the clergy.

However, Justice Minister Juozas Bernatonis said that it is not mandatory to react or consider those comments in any way.

“The Conference of Bishops is not participating in the legislative process, and of course, there is no need to coordinate anything with them,” said Bernatonis.

The government plans to complete the Civil Code amendments by autumn. The Ministry of Justice is proposing unmarried couples could be recognized under the law giving them certain rights and status.

“The Bishops Conference's position is that a key condition for family relationship between the unrelated persons is a publicly declared voluntary statement by a man and a woman to create legal family relations. In other words, they cannot be regarded as a family without having publicly expressed a desire to become a family,” said lawyer Vygantas Malinauskas.

“Perhaps the Social Democratic leader, seeing that the public is quite traditional on certain issues, therefore took into account what Bishops’ Conference wrote. The prime minister now has some pretext not to take a decision, which can upset the public before the election. This does not mean that the Social Democrats want to get people's support through the support of the Church,” said political scientist Mažvydas Jastramskis.