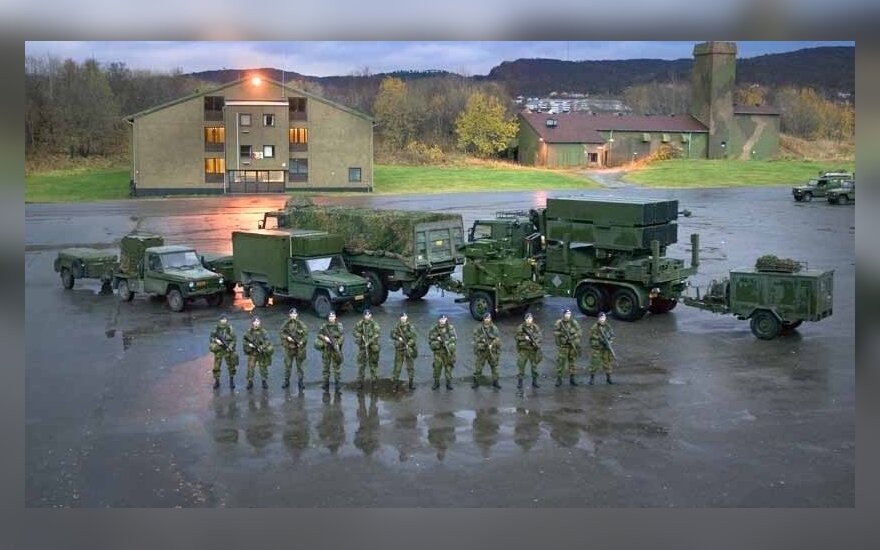 The purchase, which will cost over 100 million euros, is expected to patch one of Lithuania's biggest defense gaps.

T he state budget draft envisages 122.379 million euros for acquisition and modernization of medium-range air defense systems within the next three years, with about equal amounts earmarked in 2018, 2019 and 2020.

Lithuania's Armed Forces should reportedly have the system available by 2020.

Air defense is one of the weakest spots in the Baltic states. Lithuania, Latvia and Estonia currently only have short-range anti-aircraft defense systems with a range of 3-5 km.

Meanwhile, ten Norwegian missiles fly a few dozen km and take down targets at an altitude of 15 km.

To ensure major projection of their airspace, the Baltic states should purchase a long-range defense system shield, such as the Patriot missiles, in the long term. In the summer of 2017, the missiles were stationed in Lithuania for the first time for drills. Lithuania's officials are also considering coverage of the country's airspace with the Patriot systems to be purchased by Poland.

The Baltic countries are setting an example for all NATO member states in increasing their defense...

Democratic US Senator Richard Durbin said in Vilnius on Tuesday that US troops should to be...