BNS EN
The conclusions of Lithuania's earlier parliament "on restoration of civil and political rights of President Rolandas Paksas" run counter to the Constitution, the Constitutional Court ruled on Thursday. 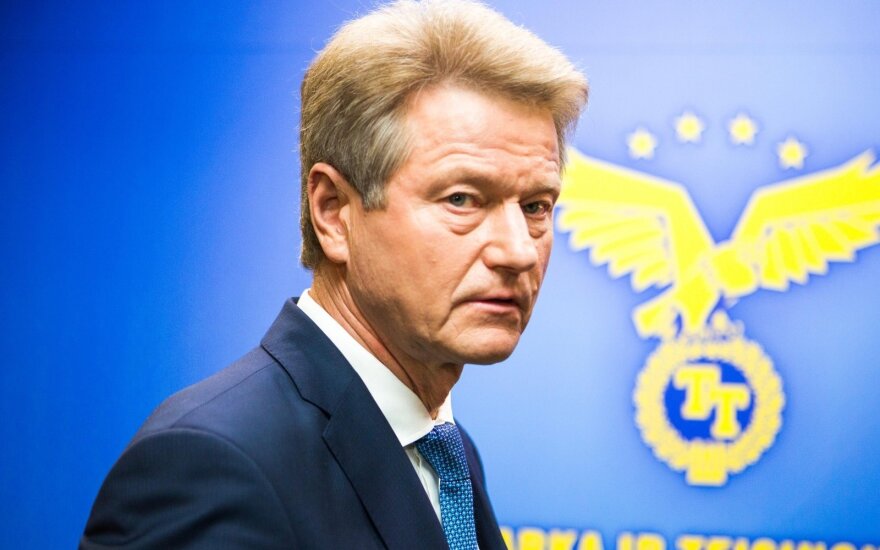 At the end of last year, the 2012-2016 parliament adopted a resolution to endorse the conclusions of an ad hoc commission, suggesting that the 2004 impeachment against Paksas, then leader of the Order and Justice Party, can be canceled by way of a political decision. The commission was initiated by then ruling Order and Justice Party, it did not include any representatives of the opposition, which dismissed the goals as absurd.

Boycotted by the opposition, the conclusions suggest that the charges against Paksas for granting the Lithuanian citizenship by exclusion to his financial sponsor Yuriy Borisov were ungrounded," and "the commission's opinion is that impeachment of the president was a political decision, which can be annulled by another political decision in the light of new circumstances."

Paksas cannot run for president and parliament since he was ousted from the President's Office in 2004. The Constitutional Court has ruled that impeached persons cannot hold any position involving a Constitutional oath for life. It said changing the provision would require amending the Constitution.

The European Court of Human Rights three years ago dismissed the current life-long ban as disproportional.

Paksas was ousted from the President's Office in an impeachment procedure in April of 2004. The Constitutional Court found him guilty of gross violation of oath of office and the Constitution by granting the Lithuanian citizenship to his financial sponsor, Borisov. In May of 2004, the parliament amended the election law to bar persons who had violated their Constitutional oath from taking any position involving the oath.

MEP Rolandas Paksas has denied allegations of accepting a bribe, saying that prosecutors'...

On Thursday morning, President Dalia Grybauskaitė said that she would have to seek out the...

Rolandas Paksas , the leader of the Order and Justice party, rejects rumours that he might be...

EU Commissioner Andriukaitis: Paksas should not be held hostage to the situation