BNS
aA
Lithuanian MP Mindaugas Bastys breached his oath of office and committed a gross violation of the Constitution by concealing his ties with former KGB agent Piotr Voyeiko, the Constitutional Court ruled on Friday. 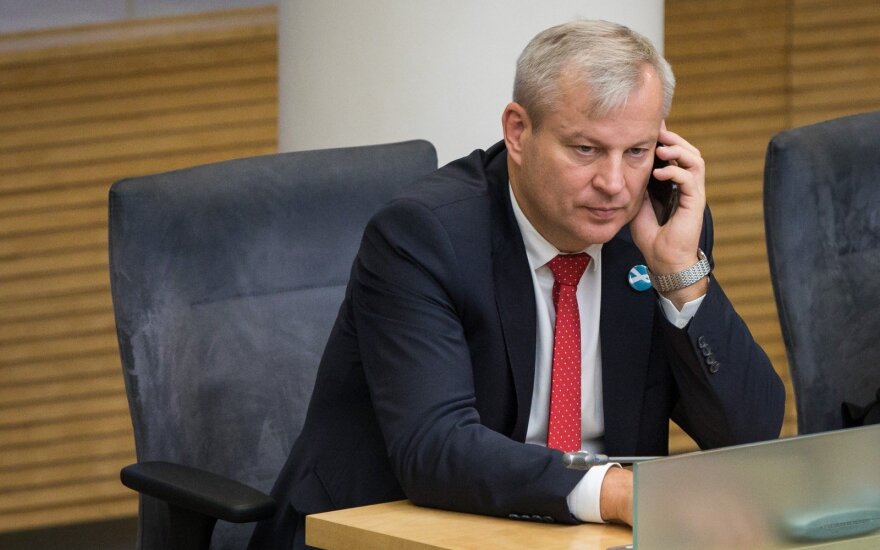 Its ruling was to determine whether Bastys breached the main law by concealing his ties with Voyeiko and mediating in unannounced meetings between Russia's Rosatom executives with Lithuanian politicians.

After the court's ruling, the parliament will decide on revoking his parliamentary immunity. It will need votes of at least three fifths of Lithuania's 141 parliament, i.e., 85 parliamentarians.

Bastys says his actions did not violate the oath, also denying the accusations of aiming to mislead members of the parliamentary National Security and Defence Committee and acting against Lithuania's interests.

Bastys faces impeachment over his ties with certain individuals named in intelligence materials, including Yevgeny Kostin, who is seen as a representative of Rosatom, Ernest Matskevich, a journalist of the Russian state channel RTR, Saturnas Dubininkas, who is said to be a former Kaunas mafia leader, and Vadim Pakhomov, a businessman suspected of illegal activity.

Over the ties, Lithuania's Parliamentary Speaker Viktoras Pranckietis in March refused to issue a permit to work with classified information to Bastys.

Kęstutis Pūkas , a member of the Lithuanian parliament, violated the Constitution and breached oath...

The Lithuanian parliament will Thursday be presented the parliamentary probe into unlawful influence...