Corporate Client article, Jelena Rakocevič
aA
A brief glance on the religious conflict in Ukraine – the Patriarchate of Constantinople seems to be up to make things even more complicated.
Sekite svarbiausias naujienas socialiniuose tinkluose! 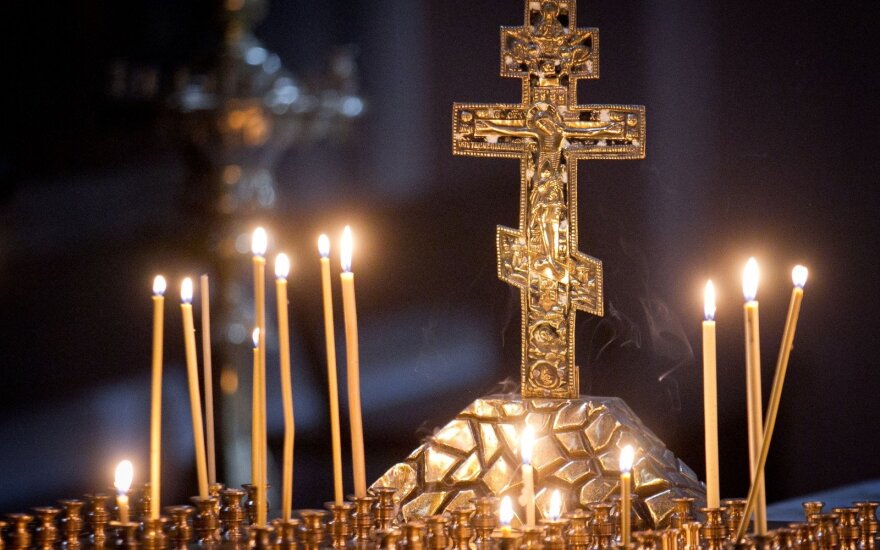 Recently, Ukrainian media have learned from unofficial sources that at the next meeting of its Holy Synod, which is scheduled for February 8, 2018, the Patriarchate of Constantinople may make a decision to open one or two metochions (an ecclesiastical embassy church) in Ukraine.

If such a decision is implemented, this can worsen relations between the Constantinople and the Moscow Patriarchates - since in fact Phanar would trench upon the canonical territory of the ROC. What's more, thus Constantinople would highlight its support for the Kyivan Patriarchate and the Ukrainian Autocephalous Orthodox Church, which are not recognized by Moscow and the Local Churches.

The head of the UOC-KP (Kyivan Patriarchate), Patriarch Filaret, was not only degraded from the priesthood, but was also anathematized by the Moscow Patriarchate. Moreover, in 1997, having been degraded, Filaret complained to the Local Churches that he had been "unjustly condemned." And then not only the Patriarch of Constantinople, but the Primates of all Autocephalous Churches recognized the decision of the Council of Bishops as legitimate.

Related articles
Conflict between Athens and Fanar: another threat to Orthodox unity

Talks about the Constantinople Patriarchate's affiliates in Ukraine began back in 2005. This topic was mentioned by the then-adviser to the Ukrainian president, Alexander Sagan, who discussed such prospects with the leaders of the UAOC and UOC-KP. President Viktor Yushchenko himself and former prime minister Yulia Tymoshenko raised this issue at their meetings with Patriarch Bartholomew.

Then, the discussion gained momentum in 2016, when Kiev sent a request to Phanar to recognize the autocephaly of the Orthodox Church in Ukraine. It was reported that to accommodate the embassy of the Mother Church, the Ukrainian authorities intended to buy a building in the historical center of Kiev, the cost of which is estimated at no less than $10 million. And in August 2017, UAOC head Makarii claimed the affiliate would open in near future.

According to a Greek newspaper Paron, a number of members of the Holy Synod of the Constantinople Patriarchate are persuading their leader to recognize the autocephaly of the Orthodox Church in Ukraine. Such a request was addressed to the Ecumenical Patriarch by Metropolitans John of Pergamon, Apostolos of Miletus, Amphilochios of Adrianopolis, Theoliptos of Iconium, and Archimandrite Bartholomew (Samaras). However, Patriarch Bartholomew is said not to be about to follow their advice yet.

The Ecumenical Patriarch, along with other priests of the Local Orthodox Churches, has always firmly declared his adherence to the canons of the Orthodox Church, according to which Ukraine is the canonical territory of the Moscow Patriarchate, and the only Orthodox Church in this country is the self-governing UOC of the Moscow Patriarchate. Thus, at the Synaxis of the Primates of the Local Churches, which took place form January 22 to 28, 2016, in the Geneva suburb of Chambesy, the priests of autocephalous Orthodox Churches unanimously agreed upon the UOC (Moscow Patriarchate) being the only canonical Orthodox Church in Ukraine. The Ecumenical Patriarch, in turn, admonished the bishops of the Ukrainian Orthodox churches of serving with the schismatics and urged them to coordinate visits to the territory of the pastoral responsibility of the UOC with its leader Metropolitan Onufrii,